This morning was very energetic. I woke up and hurried with my morning siesta, so I can get to the venue in time for the KDevelop BoF. Little did I know that Valorie woke up looong before me, and already even had breakfast. Yeah… We eventually got at the venue and we each went to our BoFs.

At the KDevelop BoF we discussed about the future release 5.0.1 and what should go in it, and we also discussed about some bugs and how we should use library models to ease the parsing of STL, Boost and Qt. We also got updated by Kevin about the state of KDevelop on Windows. It seems it’s ready to go, except for a couple of D-bus bugs. 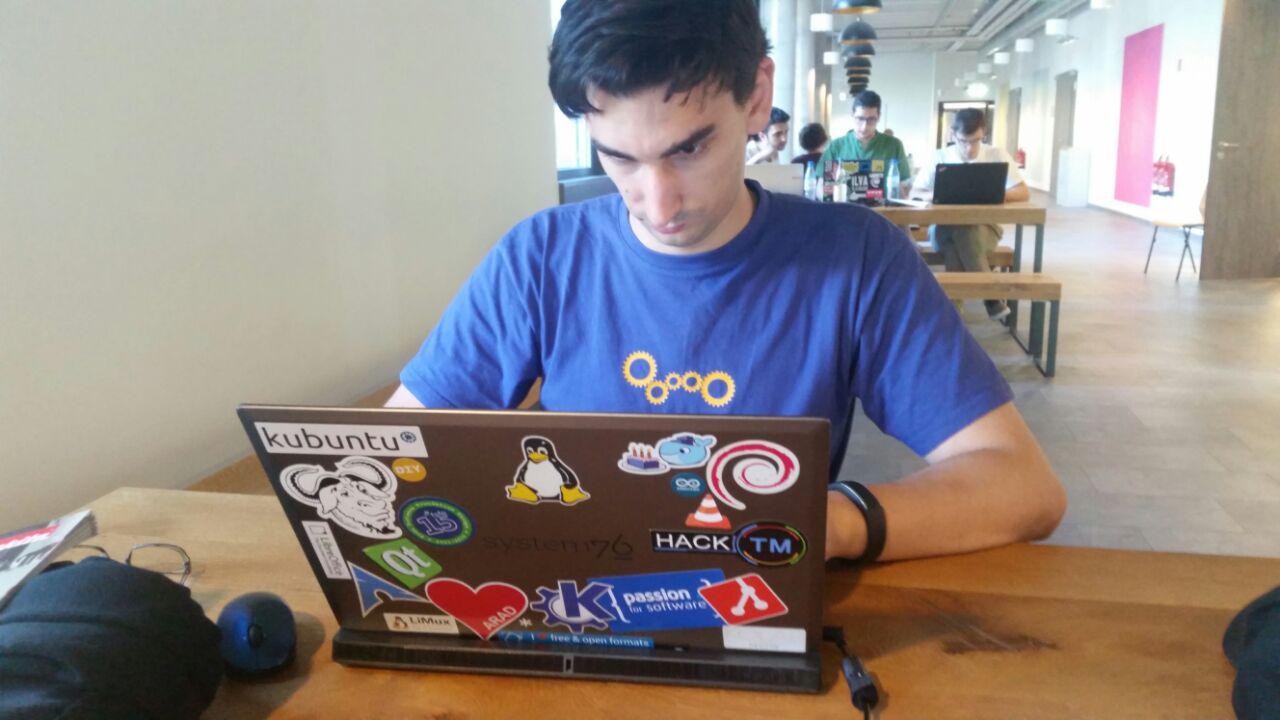 Next followed the BoF on WikiToLearn, where Jayaditya Gupta, my GSoC student presented his application. This reminds me: I should probably blog about the GSoC experience as a mentor. The application had a few quirks as it was started before Kirigami was ready. The application was pretty well made, but the network connection here did not help at all with the user experience. We discussed for some time about the future of this application, and what it could do in the future. Later in the day, Riccardo calmed me down with the worries that I had when I started this project, regarding if this is the right way to do it.

After the BoFs that I was particularly interested in were over, I talked with some sysadmins about getting a test machine where I could set up an experimental Pootle instance for online translation for KDE. I was amazed to see that they gave me a VPS instance right away. 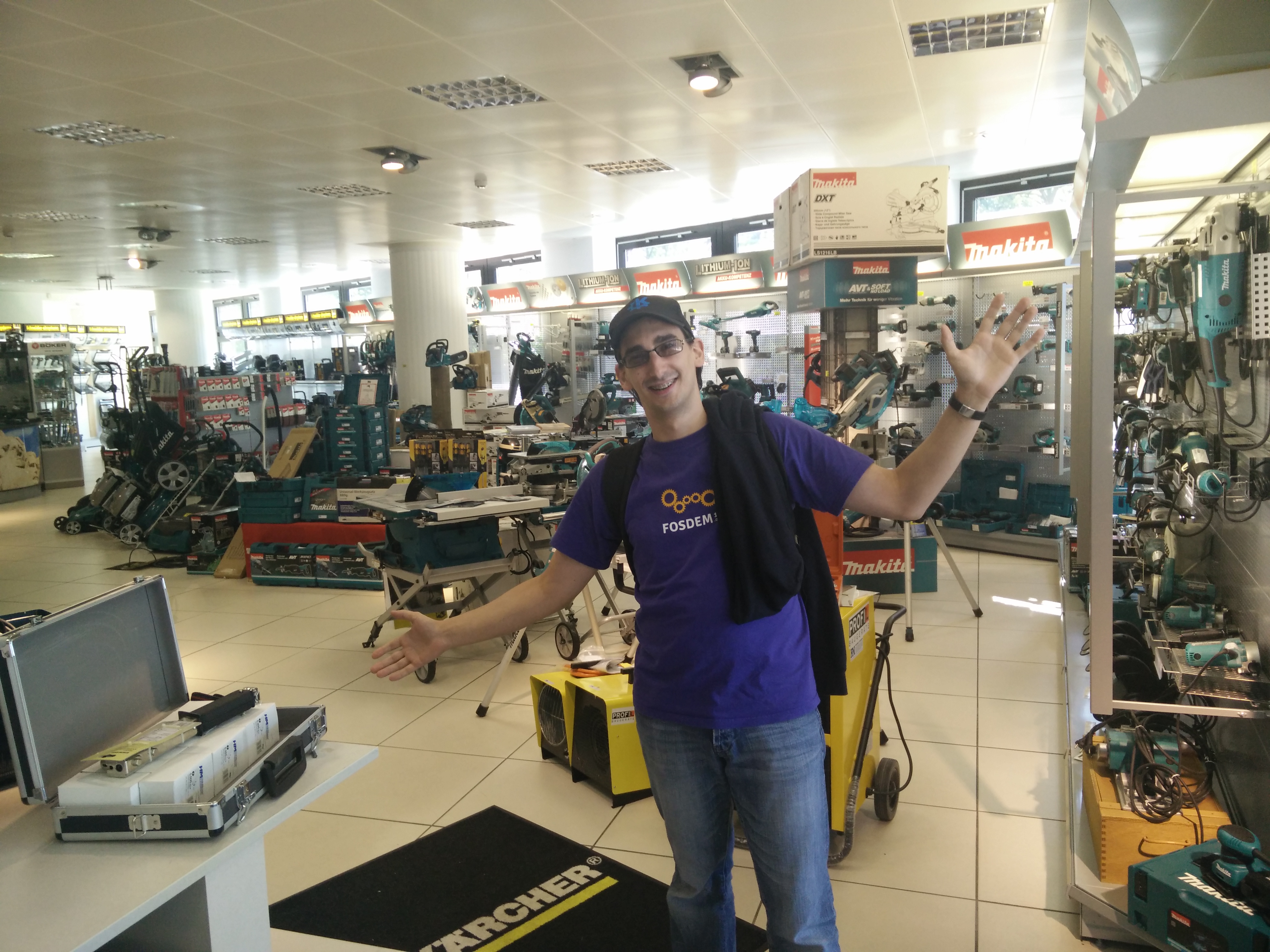 The day before, I noticed there is a Makita store near the new venue, so today I corrupted Clive to come with me to visit it. As soon as I got in there I felt like a kid in a candy store. They had many models of every power tool, and I took a good look at each one of them. Eventually, I talked to a salesman and asked him about the naming scheme of Makita tools, and complained to him about the poor state of the Romanian Makita website. It was awesome. 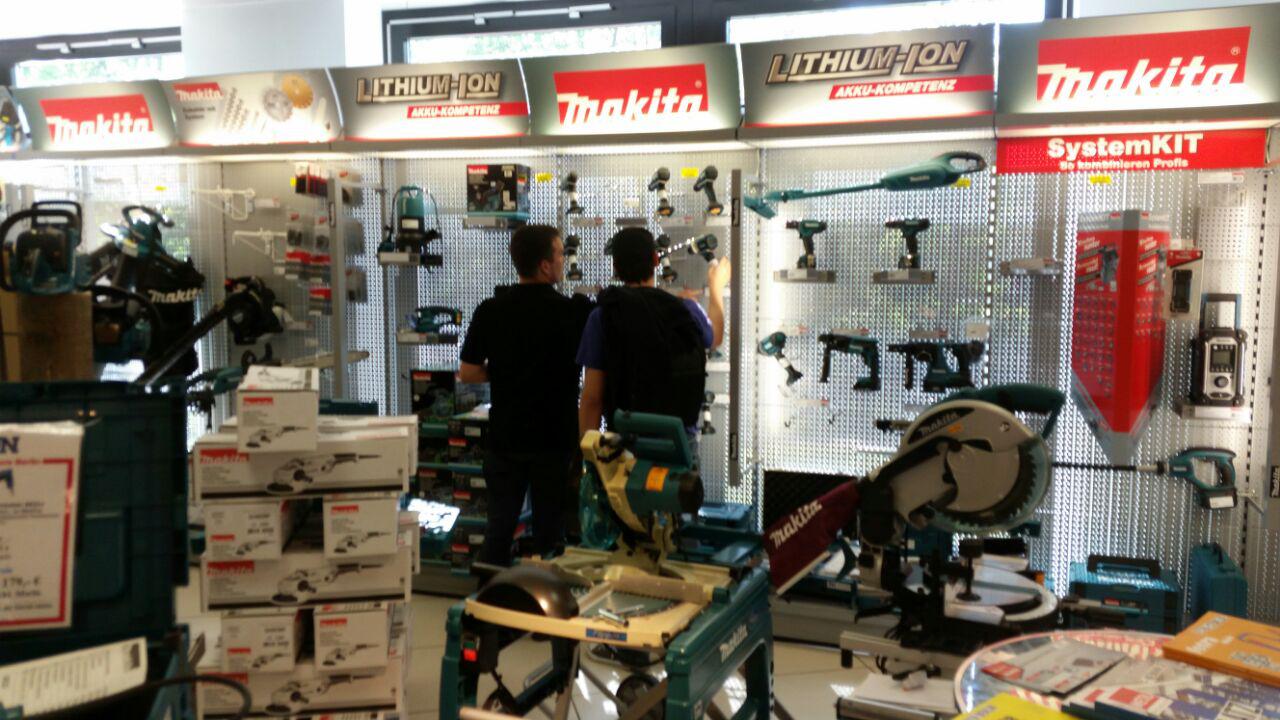 For the rest of the day I’ve had some discussions with some KDE people, and planned some future projects or some actions on existing ones. But I don’t want to talk about them until I have something certain.

By the end of the day I was so exhausted, I went straight to bed.