Now this was a full day. QtCon was over and it was time to dive in to Academy. Since they are separate events (taking place at „the same” time), Akademy is held at a different venue. It’s taking place at TU Berlin – MAR Gebäude. We had many class rooms booked for the BoFs.

Again we had a long night, so we were tired in the morning. Soooo…. we were late… again… At least we got to see a few great views in Berlin while we were exploring our way through the city to get to the venue.

As soon as we got there we found a room and started working on Kubuntu. We had a few things on the agenda. The biggest item was the work board clean-up which we currently keep on Trello.

Historically we have had a board for each release, and move things around between them; plus a few boards for special things. That proved to be rather difficult to maintain, so we merged them all into one board, with better defined lists and a more streamlined labeling system. Now we can very easily filter cards on specific categories and responsible people.

We brought the new Kubuntu members into that board and we delegated the tasks amongst us. Phillip was a crucial part of this sorting, as he has the most experience in our team and the most knowledge about how things work and what were the plans of improvement in the past. That’s why, when he had to leave, we couldn’t continue with the sorting anymore. So we started working on our tasks.

I had the long standing tasks of cleaning up the Kubuntu Podcast show notes. The Podcast initially used Google docs for the show notes, and linked to them from the youtube video. This made some fragmentation in our infrastructure, and brought us a dependency on Google. In order to fix that we moved all the show notes onto the website in a Podcast category. I worked on this, and then on providing the audio feeds for the missing shows, until late at night. I stayed at it until it was done.

For dinner we went out. It took some time to choose a restaurant, but we eventually settled on a stake house. Me and Clive wanted burgers. The experience from Hard Rock Cafe made a mark on us. 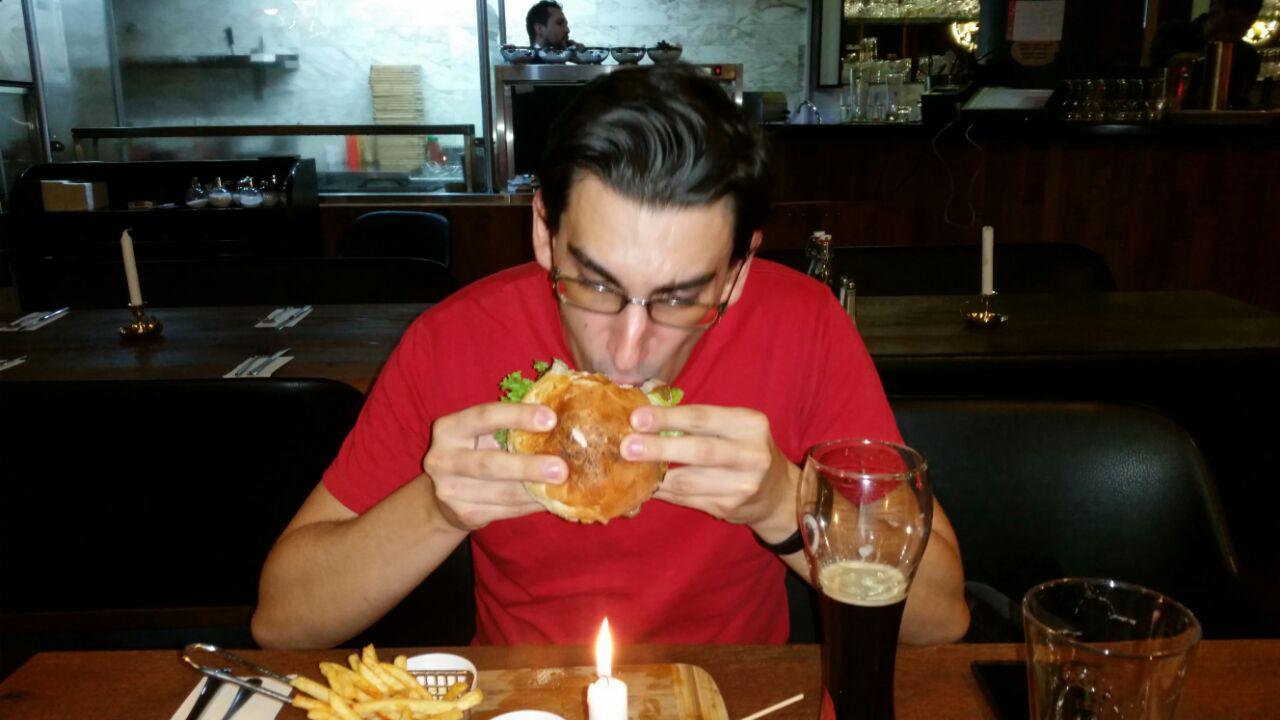 The food was awesome, and we had a blast laughing at each other stuffing the huge burgers in our mouths.

After that we got to the hostel, and went back to hacking. After a couple of hours, Clive and Valorie went to bed and I stayed until I finished the tasks I’ve set myself up to finish that day.

And so ended a long night of planing and working.