I’ve finished the Docker image for compiling KDevelop 5, first thing, before I even got out of bed. I’ve experimented something with the KDevelop 5 packaging for Kubuntu Xenial, but without much success.

Time to check out of the double room. It’s a dorm room for me and Phillip for the next night. We stored out luggage in the luggage room, and off to the venue we were.

As soon as we got there, we started hacking. I’ve started by fixing my blog’s tags and categories, so I can re-enable the feed for KDE Planet. 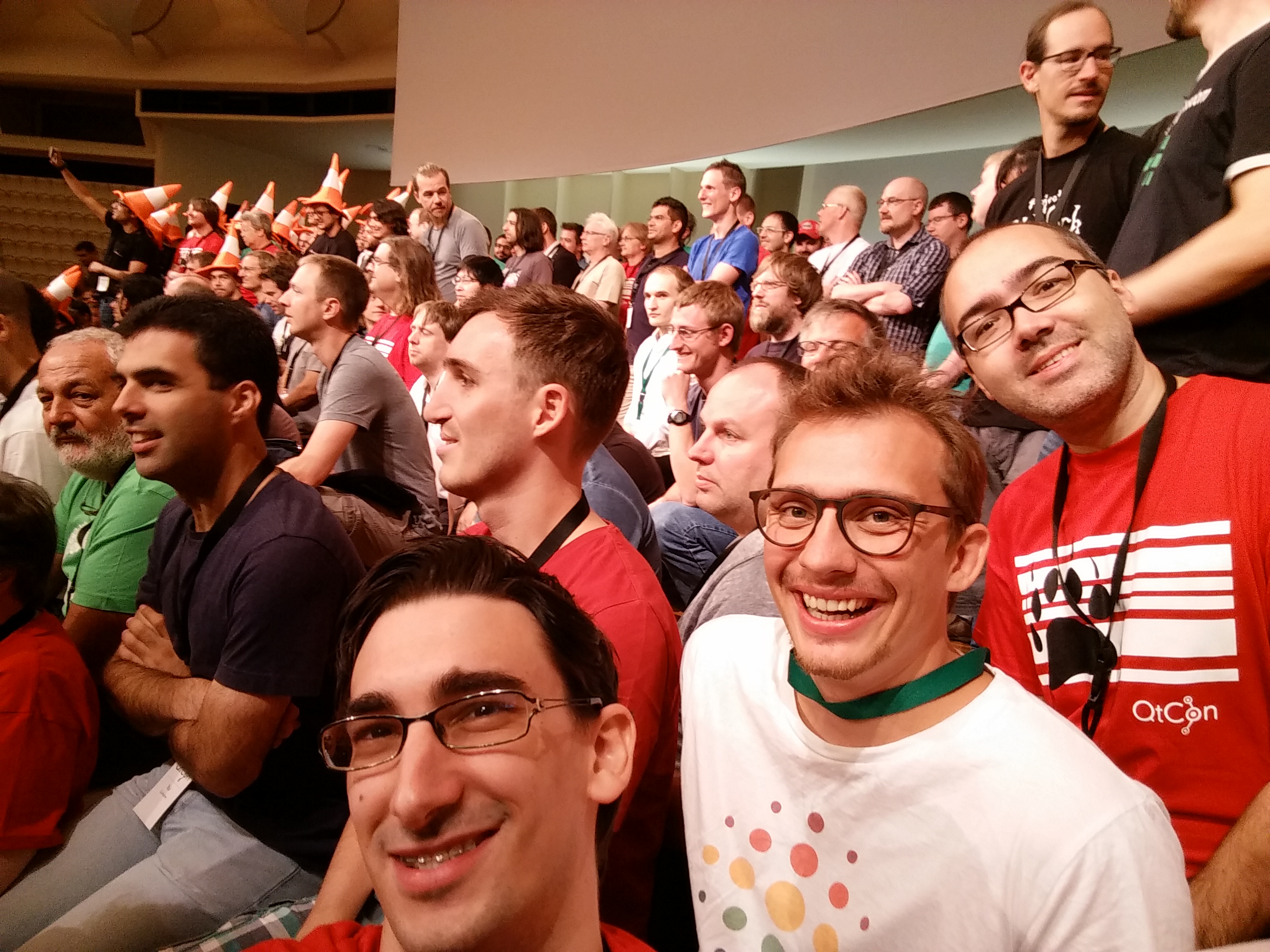 I’ve finally got KDevelop compiling on my system, so I can finally dive into the code. I’m looking into improving the CMake build details UI for now, and plan to look more into it and how we can switch build dirs more easily. But that after I’m done with the CMake binary selector.

Somewhere in the middle of the day, everybody got called for the group photo. There were quite a lot of us, which is a usual thing for Akademy, but this year we were with VLC, FSFE and many QtCon attendees. 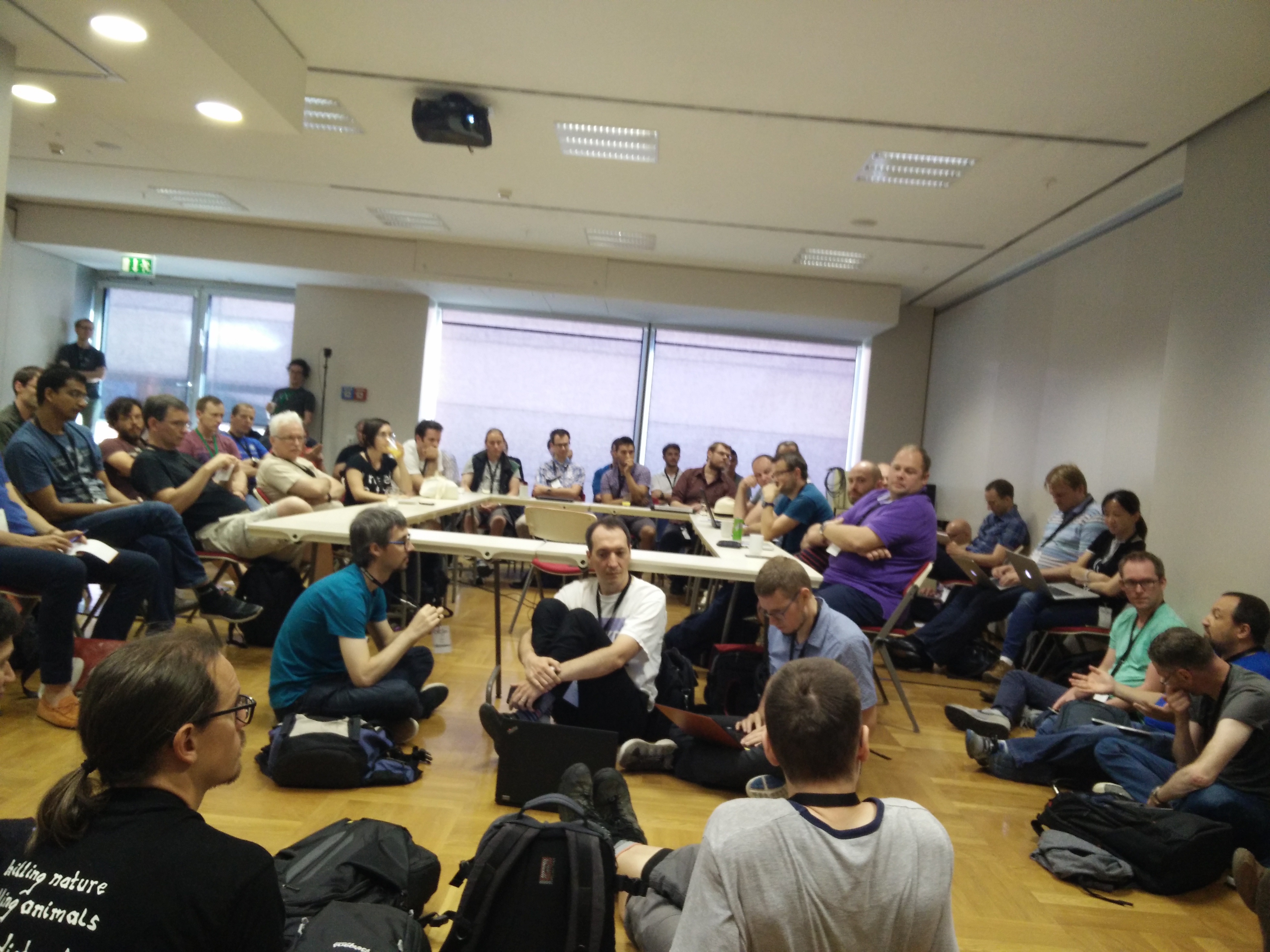 Later I participated at an Qt build system Unconference. This was a meeting where everybody got the voice. This being a meeting about build systems, naturally it turned into a flame war between QMake, CMake and QBS. Guess on which side I was? Naaaah… Just kidding. Nobody threw things around. We just discussed about which tool can do what, and what should Qt and the Qt community do in the future. It was quite an interesting discussion. I found that most people actually hate QMake, and preffer CMake, even though it has an very awkward language. QBS is still a mistery to me: why it exists? why so few people use it? and why isn’t it a stand-alone project if it tries to beat QMake and CMake? 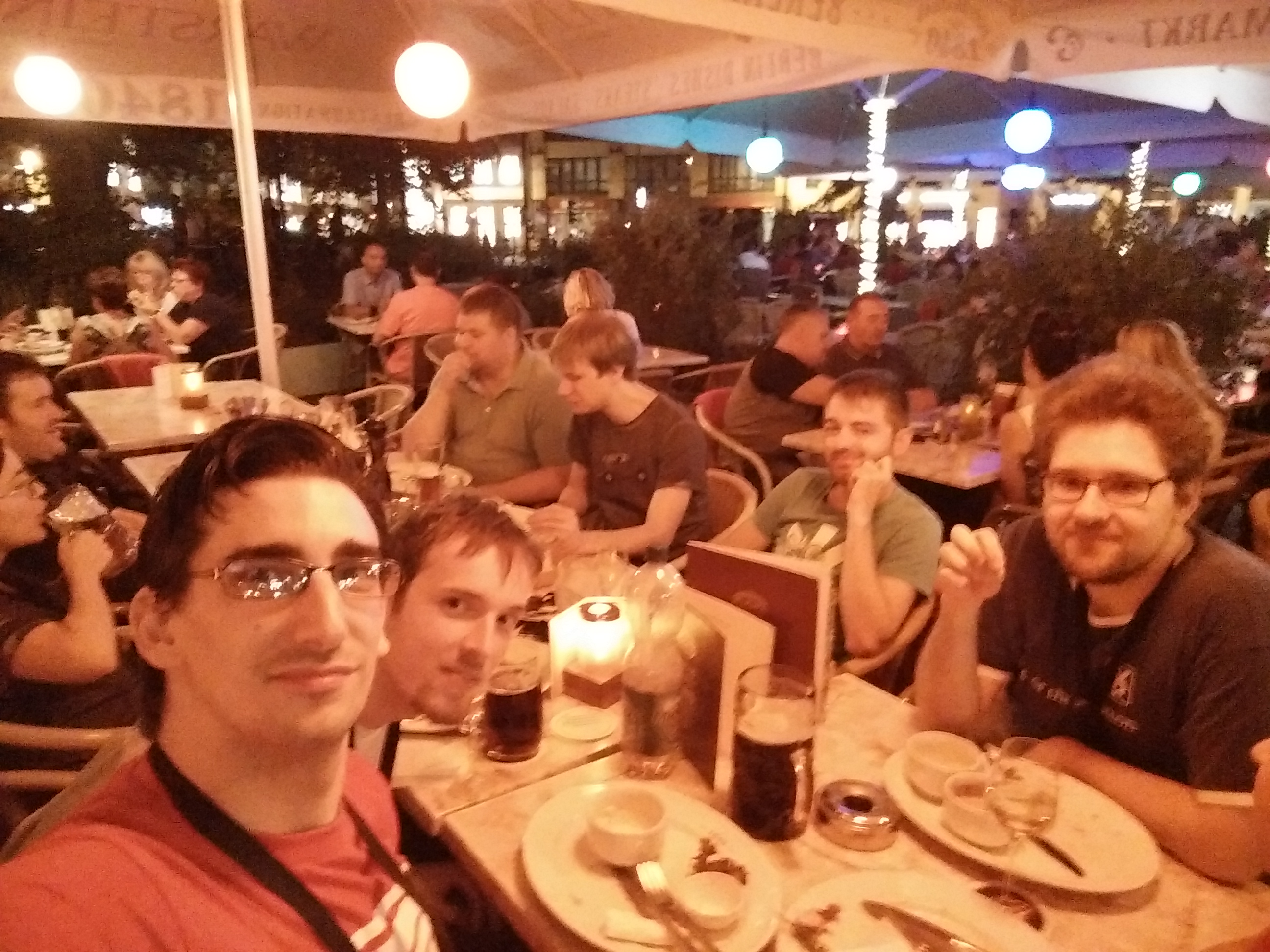 In the evening we went out for dinner, where I met a couple of romanians from Cluj, also participating at QtCon. We mostly wanted to try some Berlinese food, so most of us ordered various meet-ball dishes. And of course we had some drinks. Phillip got a mug of beer. A BIG mug of beer. When I saw it, my eyes grew as big as the mug and I started looking around for the waiter. I got the same: a 1 liter draft beer. Only I got mine black. 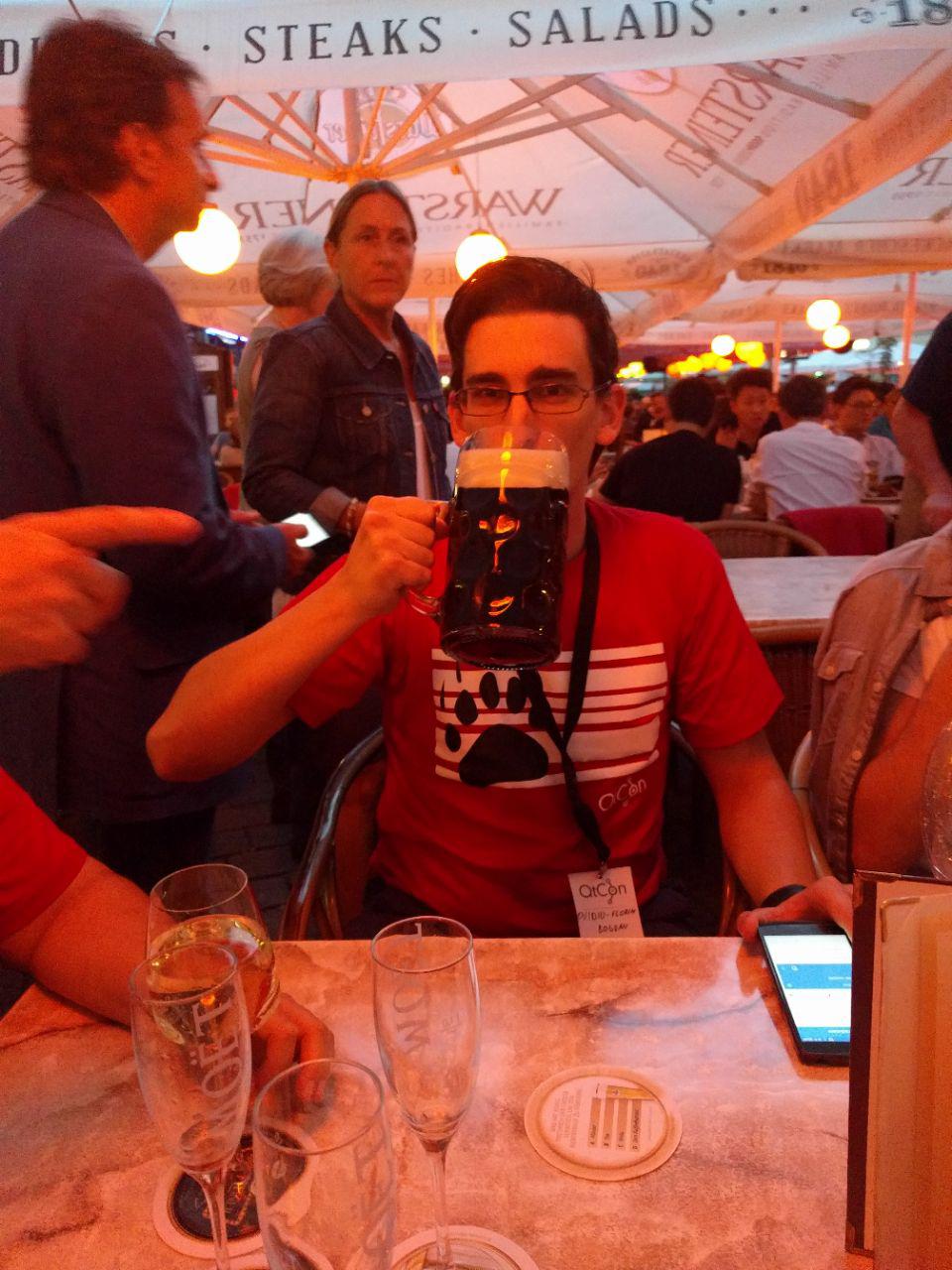 After dinner, some of us went to the FSFE 15th anniversary party. The other (me included) were too tired, so we went back at the hostel. Me and Phillip, checked into the new dorm room, where we meet a few interesting people, with which I got pretty friendly over the night.

And now off to bed and rest for another full day.