My first experience at FOSDEM

First of all, a big thank you to the Ubuntu Community for sponsoring me to be there.

I first arrived in Brussels on Friday, at around noon, and took a good nap to rest from my exaggerated long trip (~11 hours): Minivan -> Plane -> Bus -> Tram -> Foot.

Later that day, actually more in the evening, we all went to the FOSDEM „Beer Event” where we started socializing with some help from beer, and lots of it.

The queue at the bar was not so long, but the wait time was pretty long. Luckily the FOSDEM staff organized a token system to speed up payment. 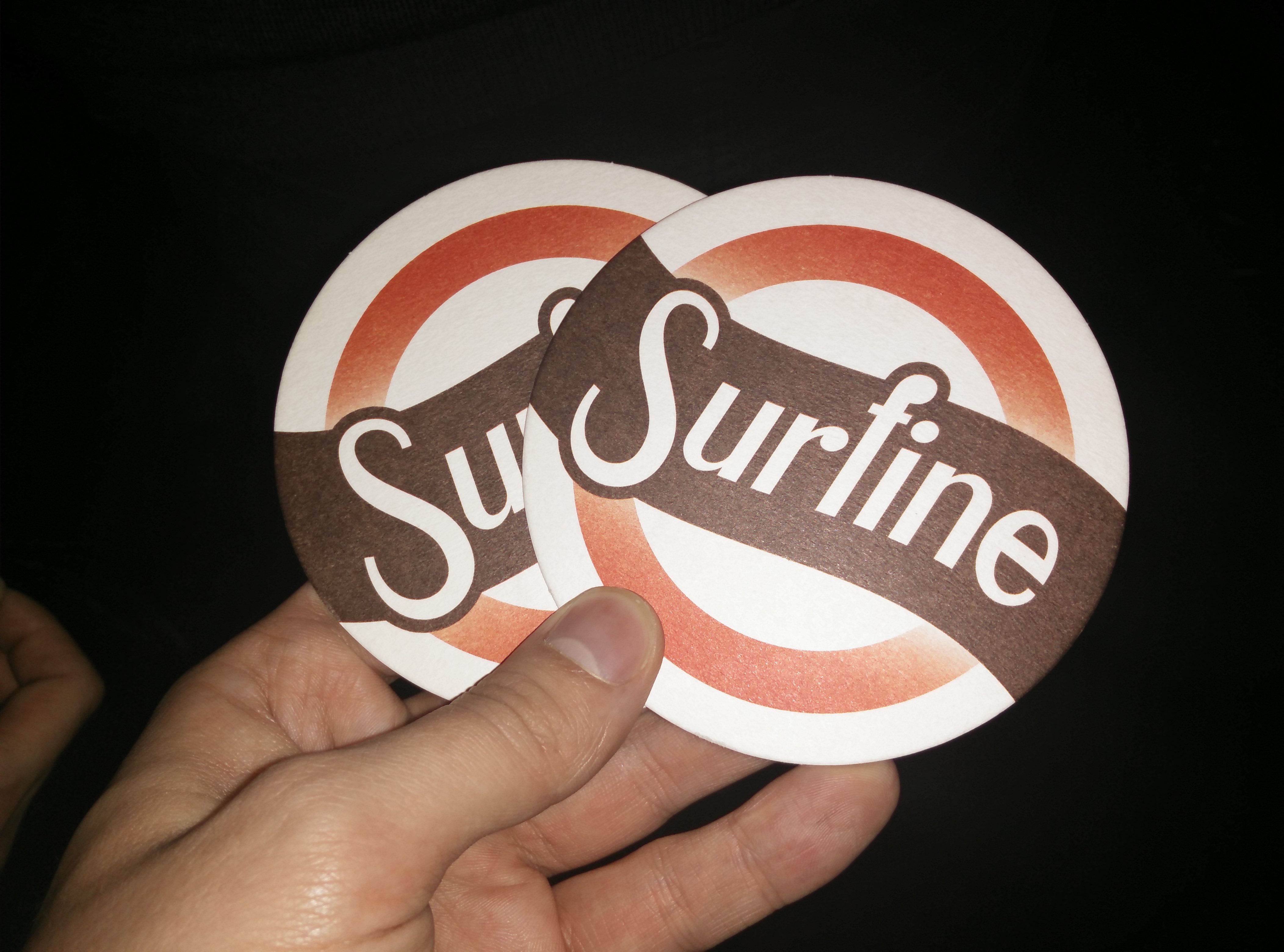 So, the following day, there I was, for my first time at FOSDEM… Wow there were a lot of people… And I mean A LOT!!

At the opening talk (below), there were about half (I believe) of the people attending at the event. 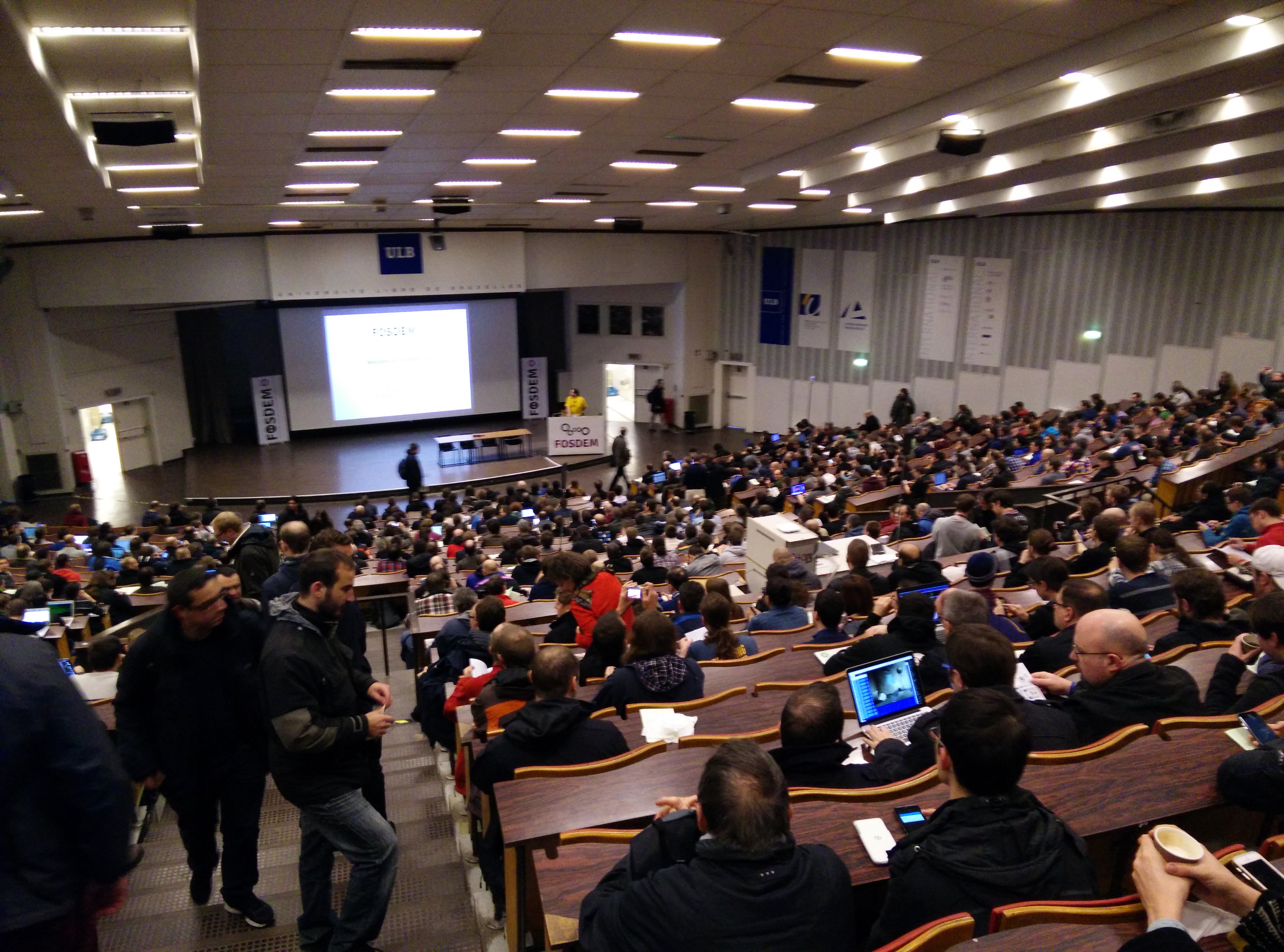 I attended a few presentations, which were very interesting. Some of the topics really caught my attention and, I believe, could have a very bright future. 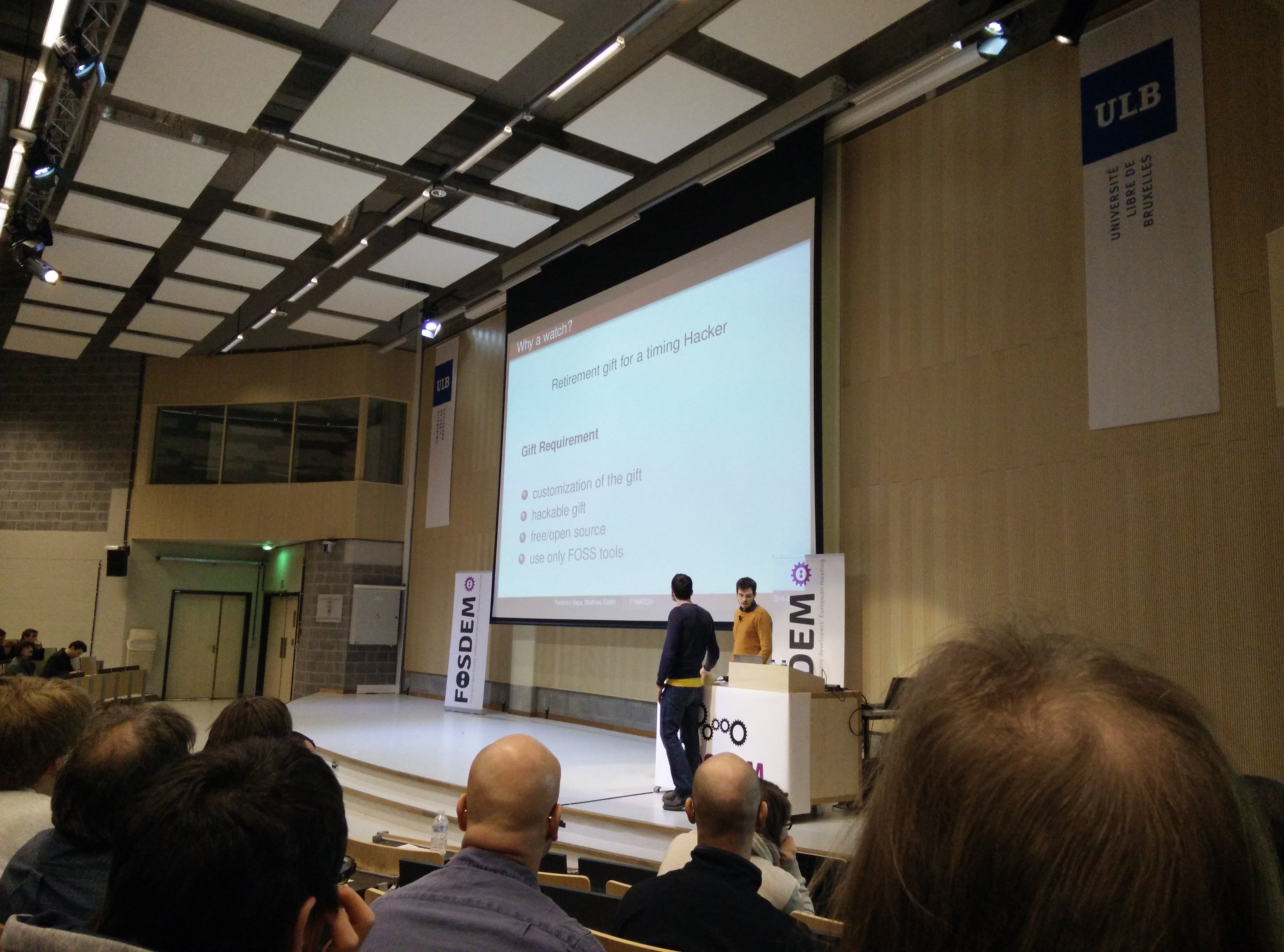 Software was not the only focus this year at FOSDEM. There was an amazing team of engineers that made an open source smart watch, fully equipped with GPS, accelerometer, gyroscope and other goodies. (Yes, it’s 3D printed) 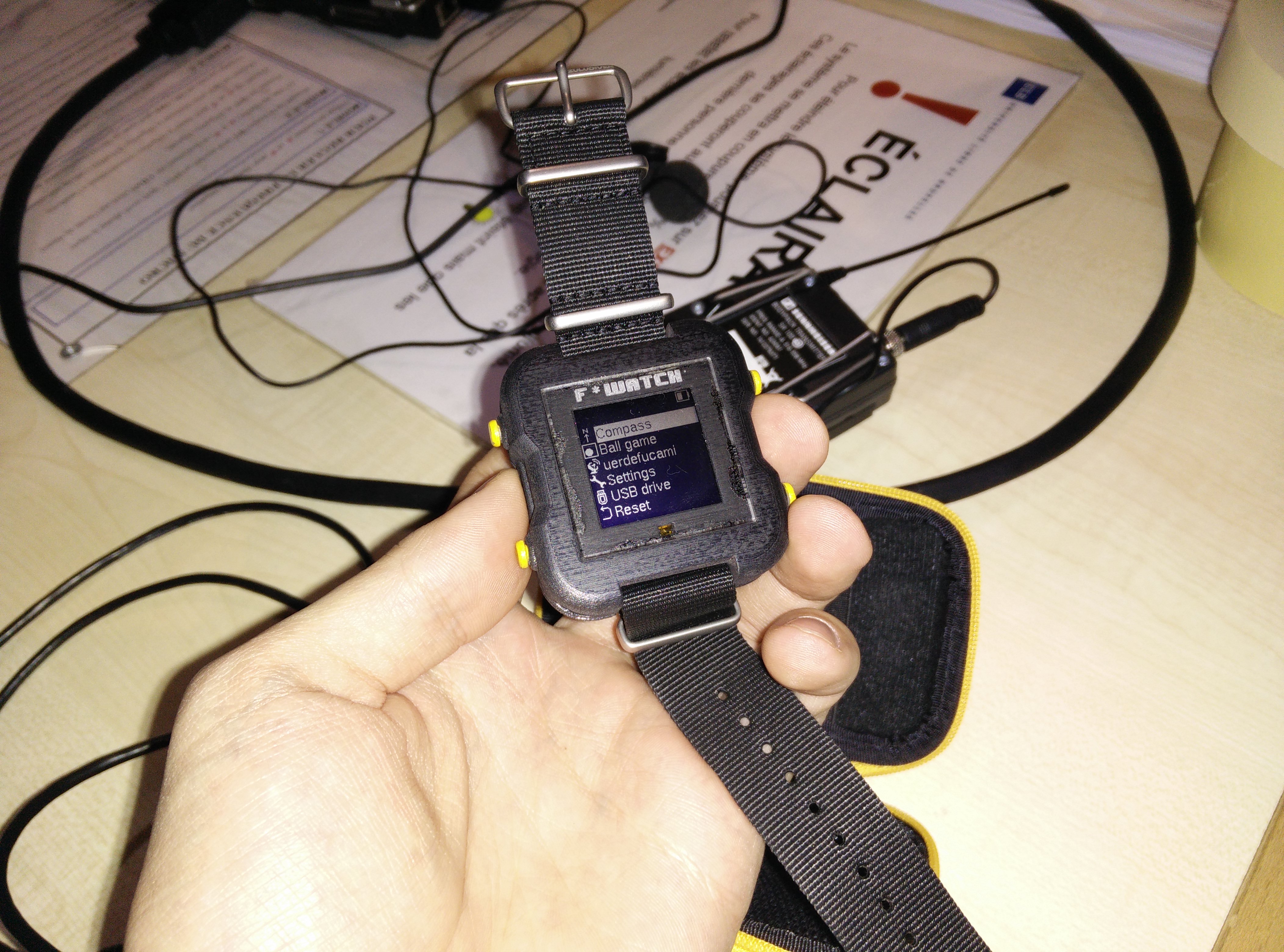 And how could I attend at FOSDEM and not talk with my friends from LibreOffice and attend some of their presentations. 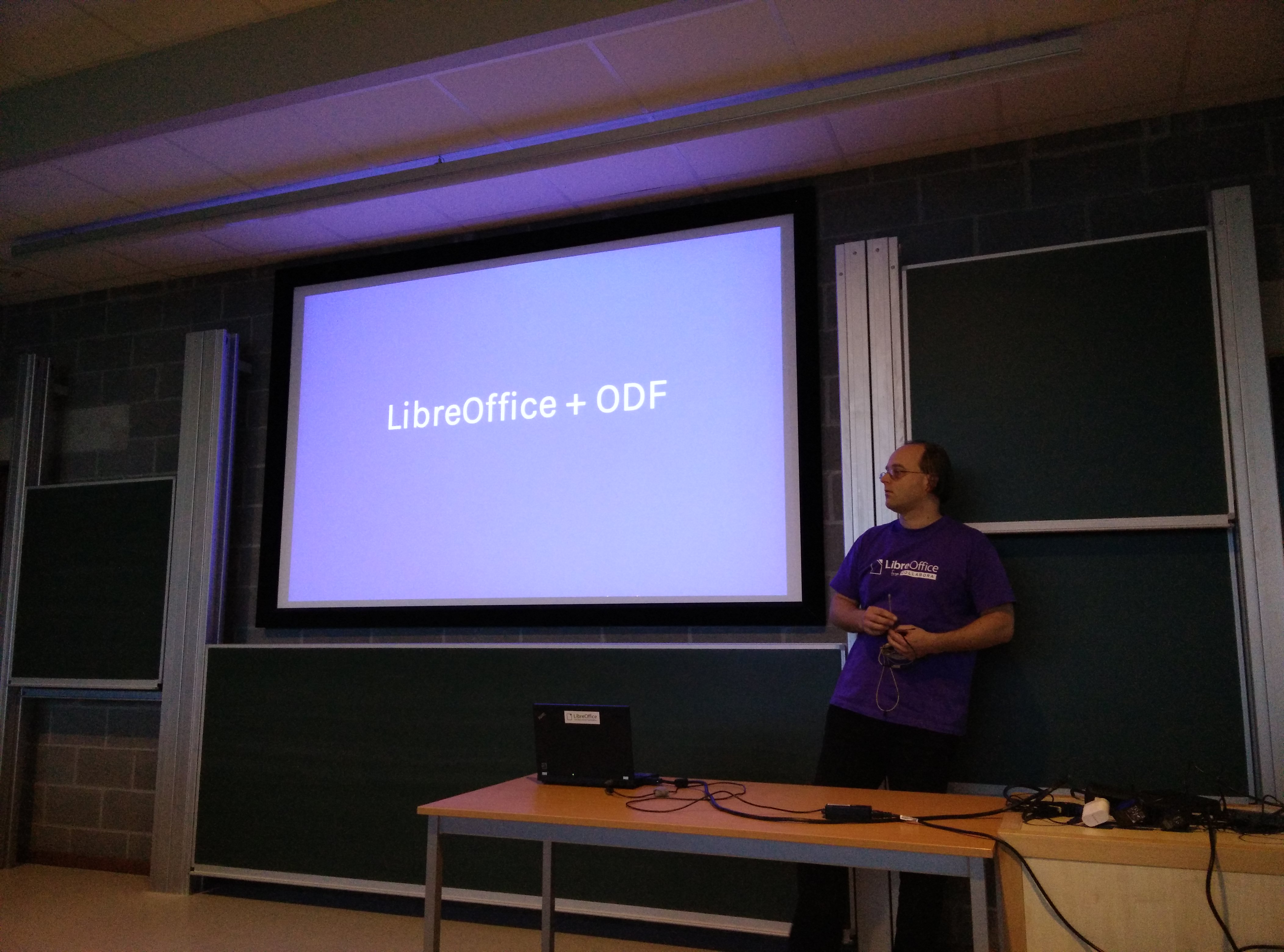 And of couse, my main focus at FOSDEM was….  (drum roll) the KDE (and Kubuntu) booth, where I’ve spent most of my time, promoting and explaining to people what KDE is and why is it so awesome.

I could not help myself in taking a few pictures with Jonathan RIDDELL, 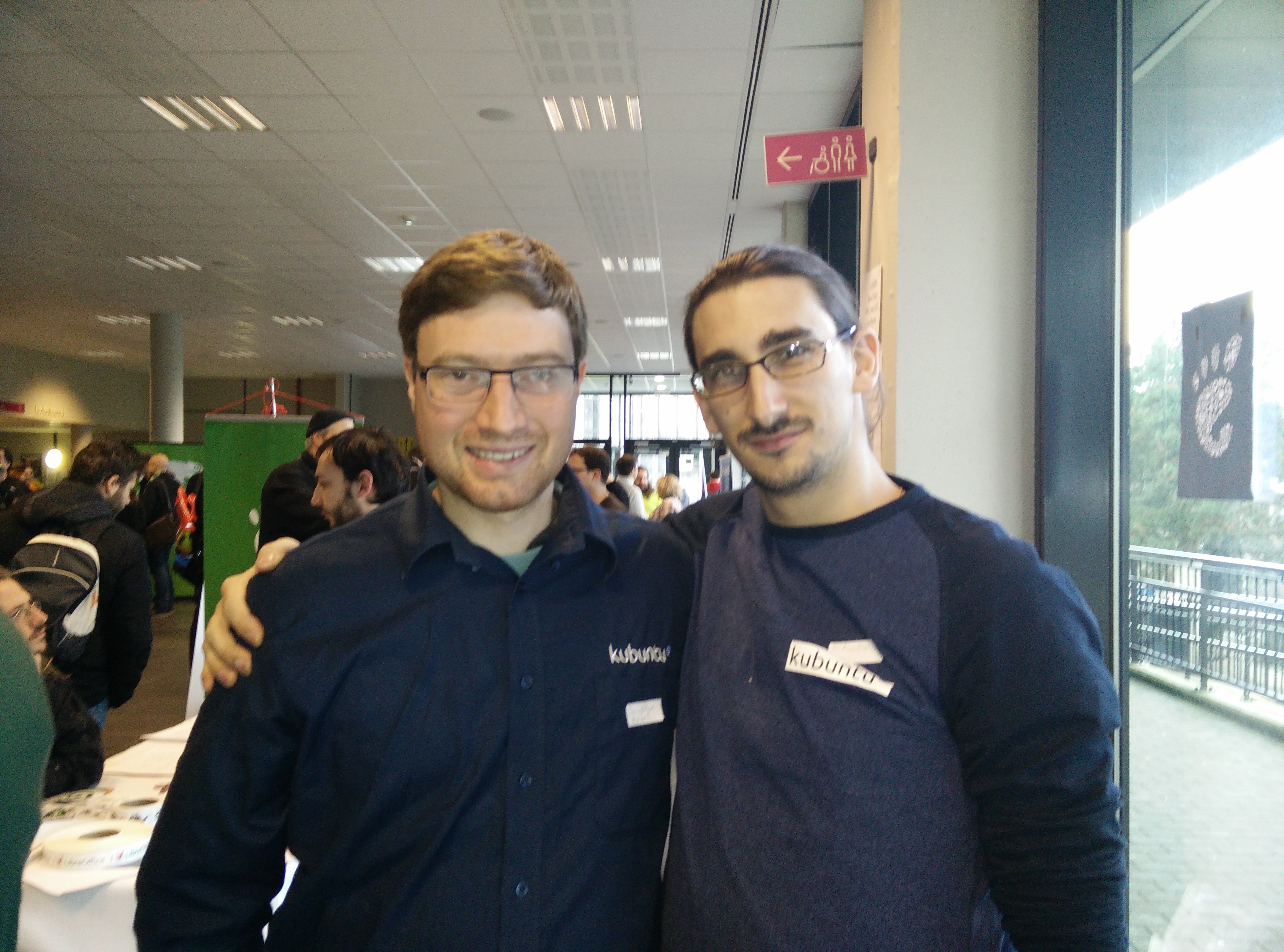 and Kevin FUNK, which I’ve met for the first time in person. I’ve only known him on IRC from my work on KDevelop. 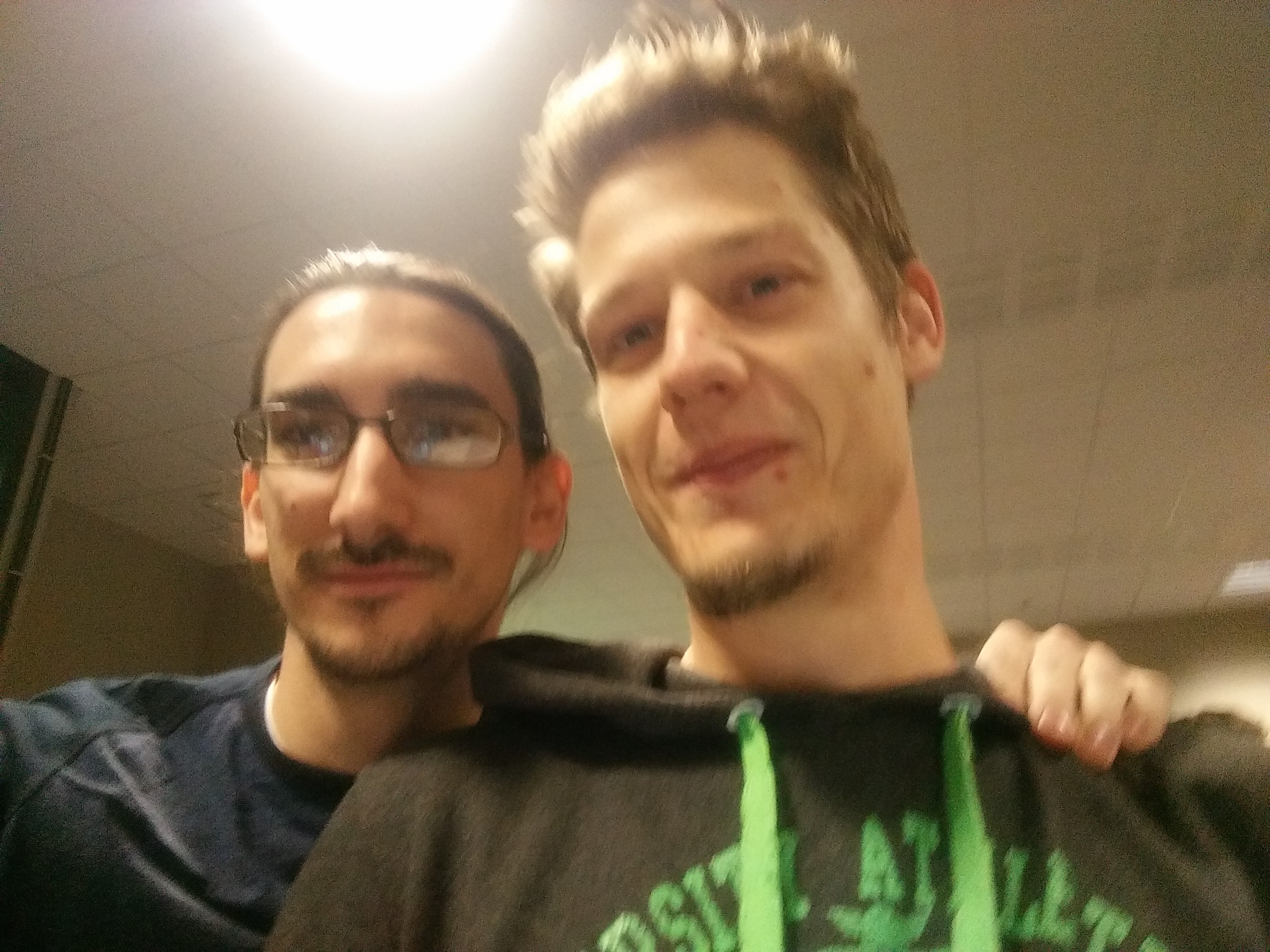 Here’s our magical booth, serving all the KDE goodies, with my gorgeous wife there to help. 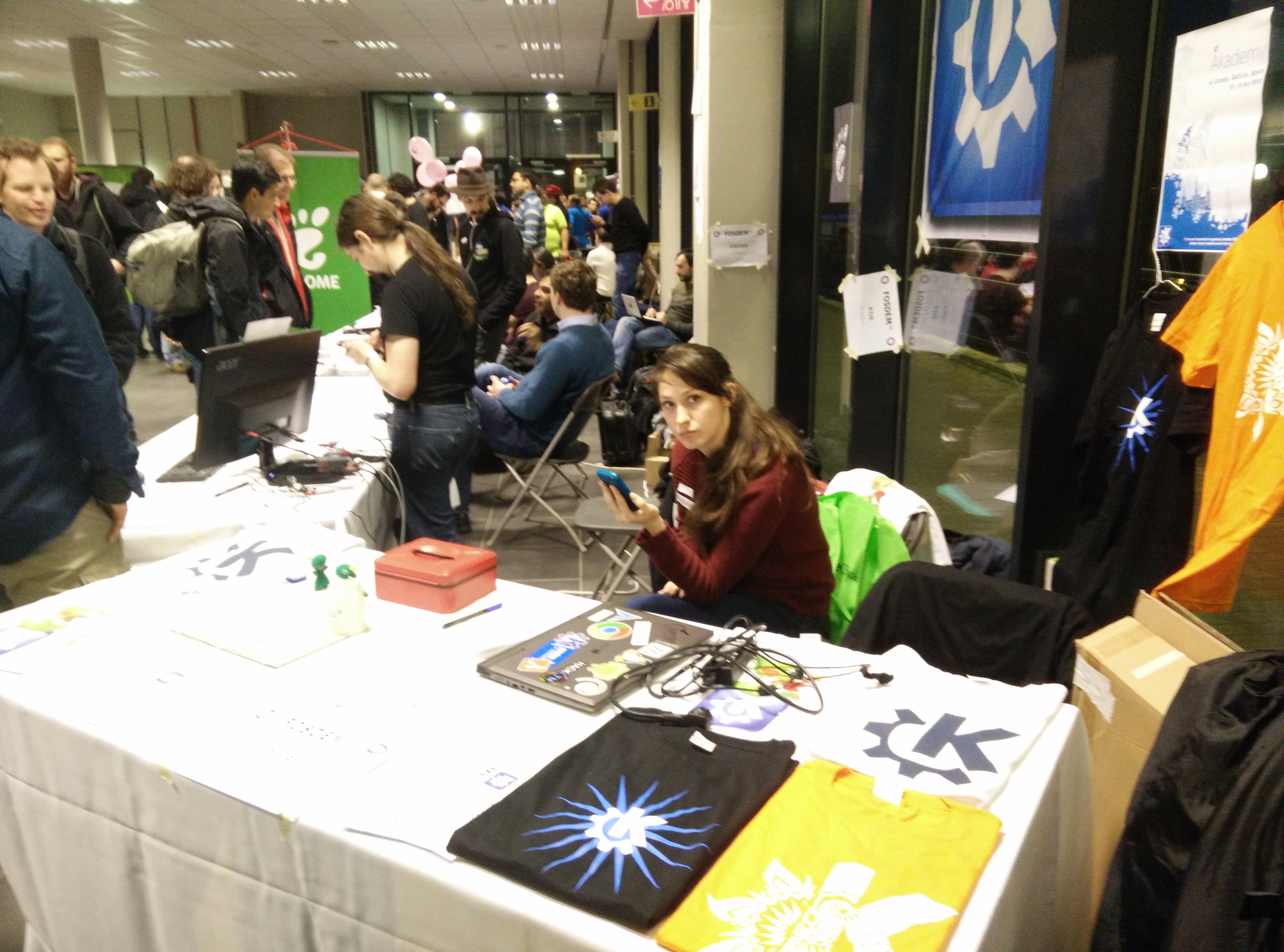 All of the sudden, someone came along with some mini Konqis that, from what I understood, were made by some elder KDE fans from Spain. 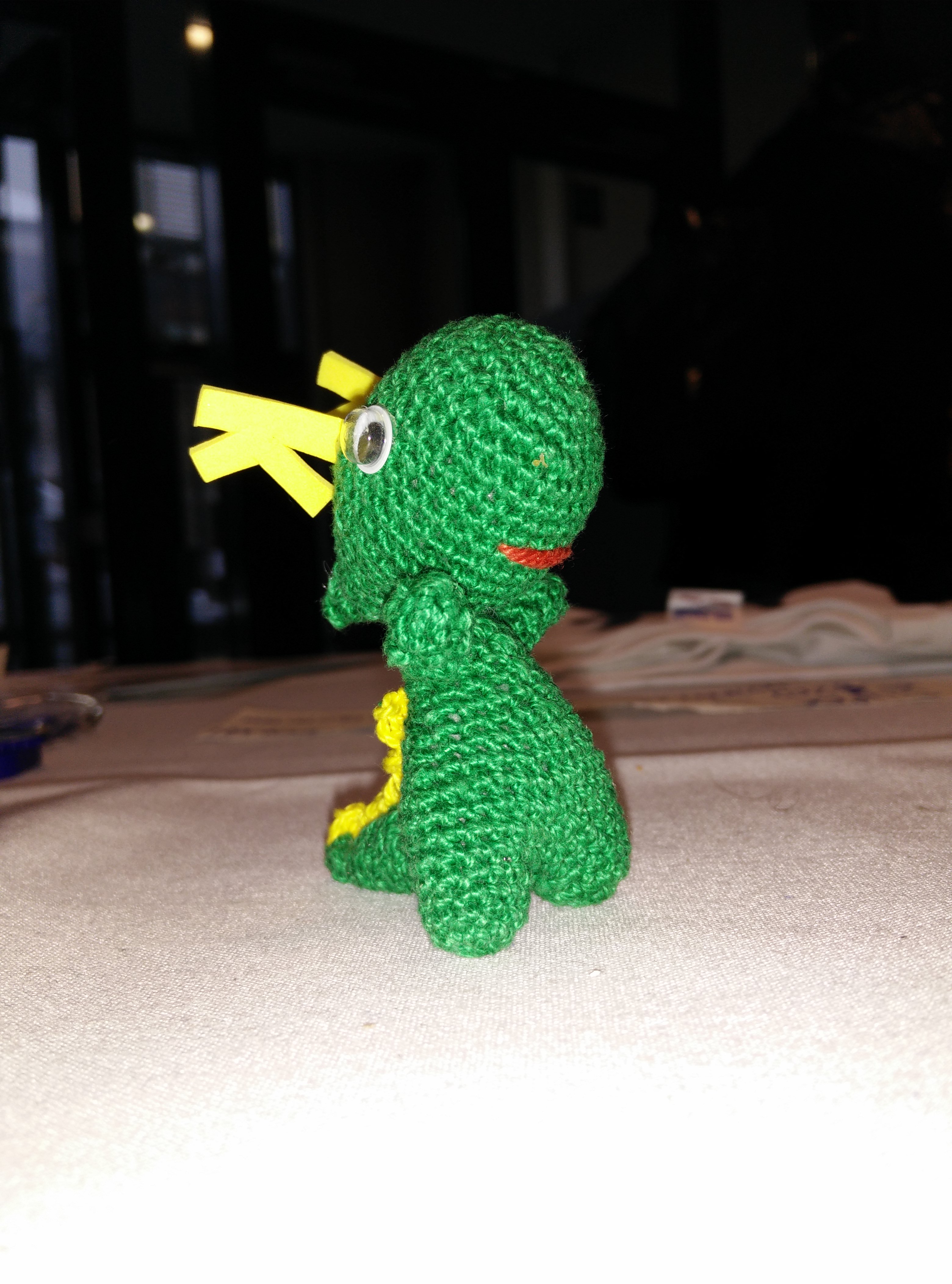 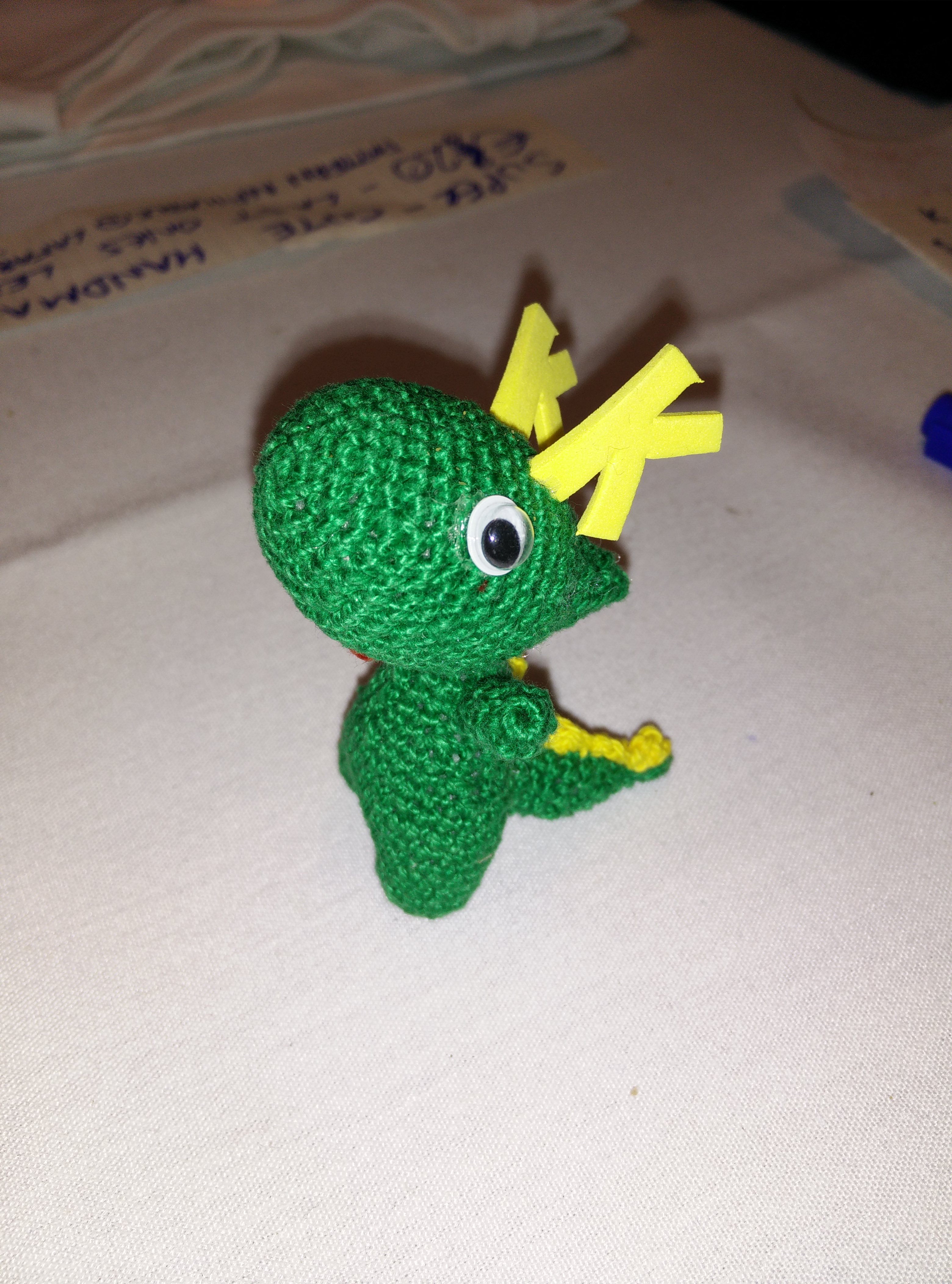 It took about half an hour to sell half of them. 😀 They sold like warm bread.

Saturday night, we had a big celebration: 10 years of Kubuntu. So we all went out for food and beer and had a great time. And we discussed the plan to take over the world with Kubuntu. 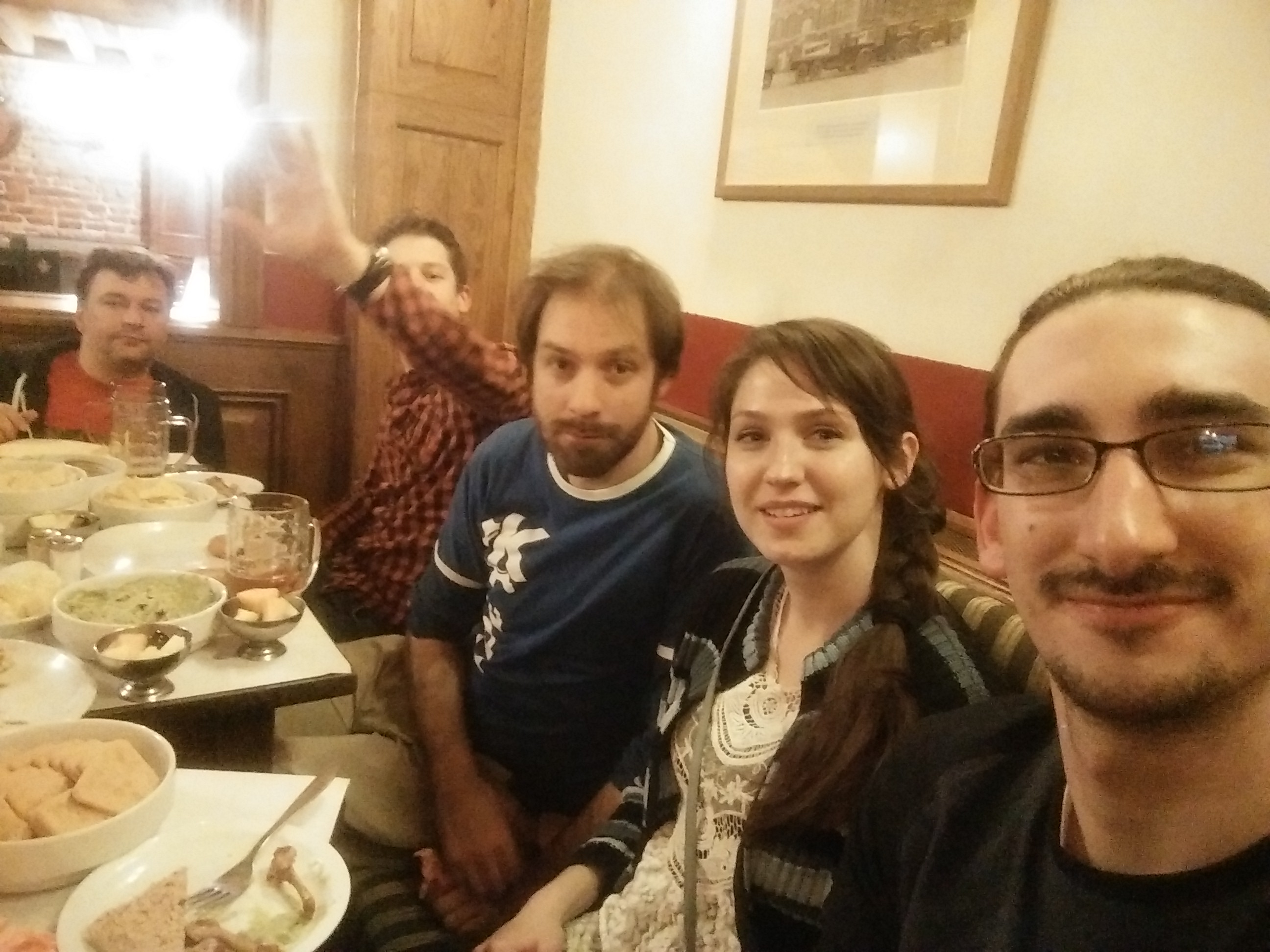 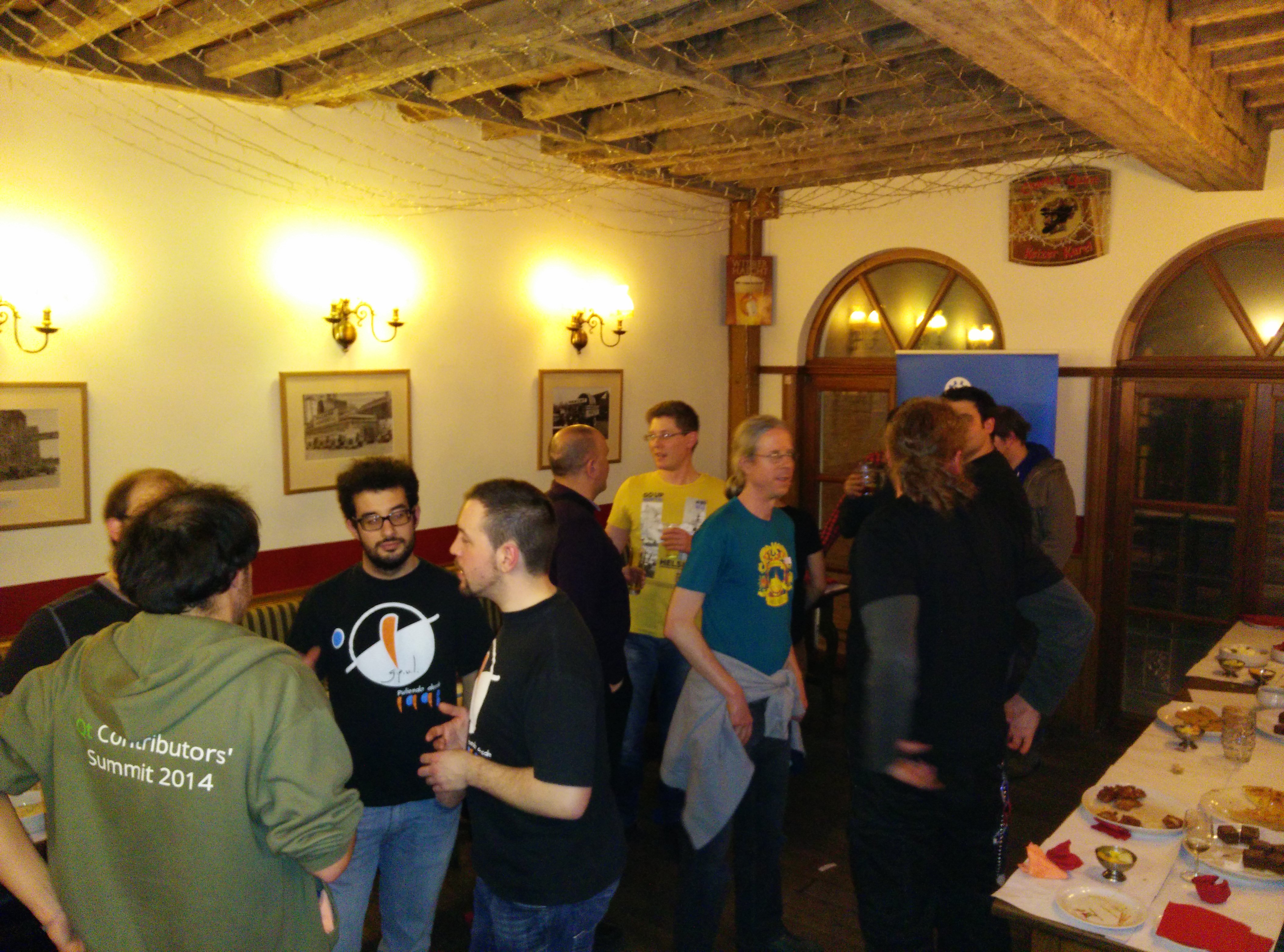 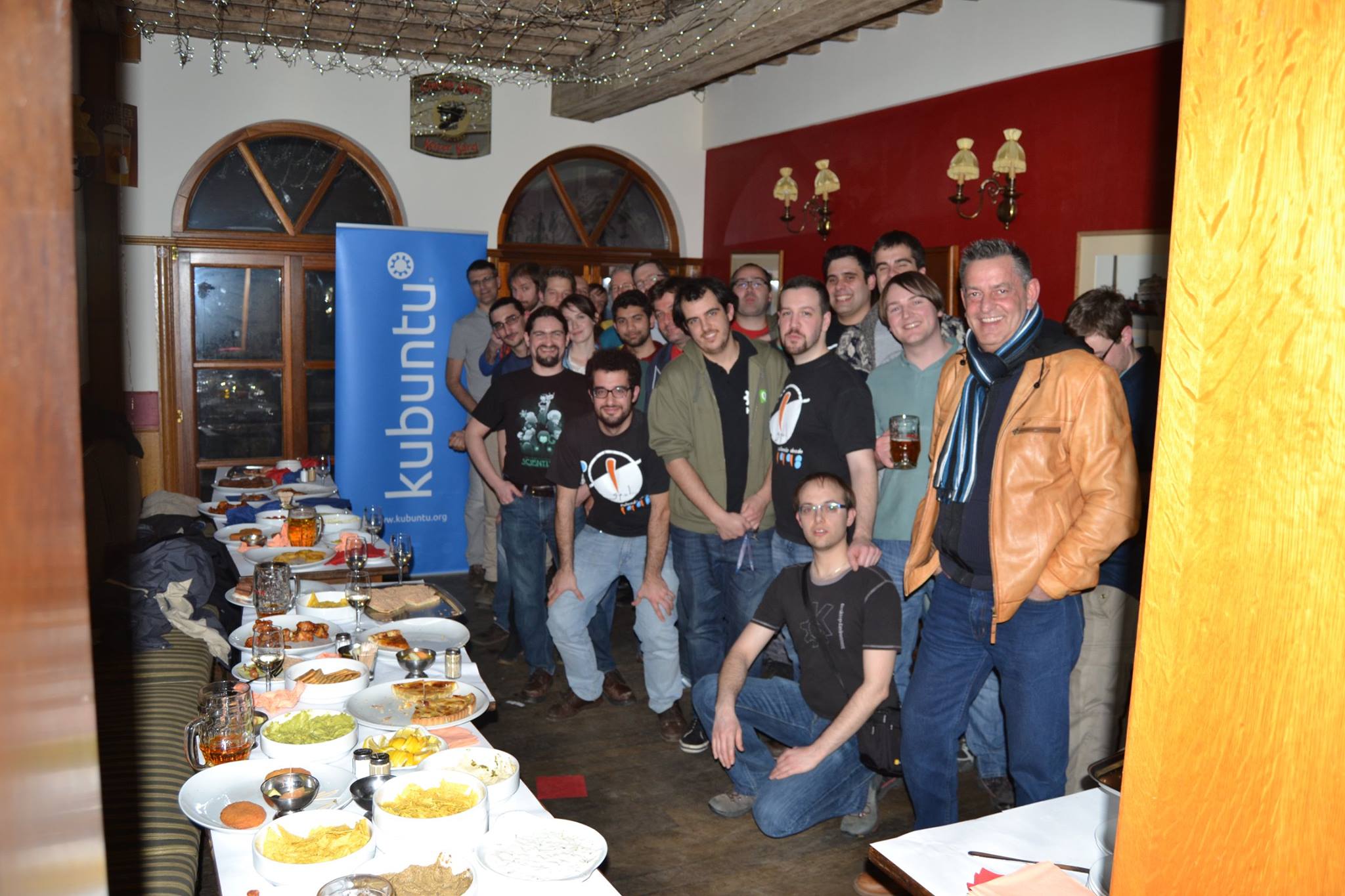 As usual, I brought some Țuică, a traditional Romanian drink. When I asked the waiters for some shot glasses to serve it, they asked me: „What is it?” and I said: „A traditional Romanian drink, Țuică!” and then they asked me, surprised, in Romanian: „Are you Romanian?” and I said yes. That’s when I found out that ~half of the employees from that restaurant (seen below), including the owner (seen above) were Romanian. 😀 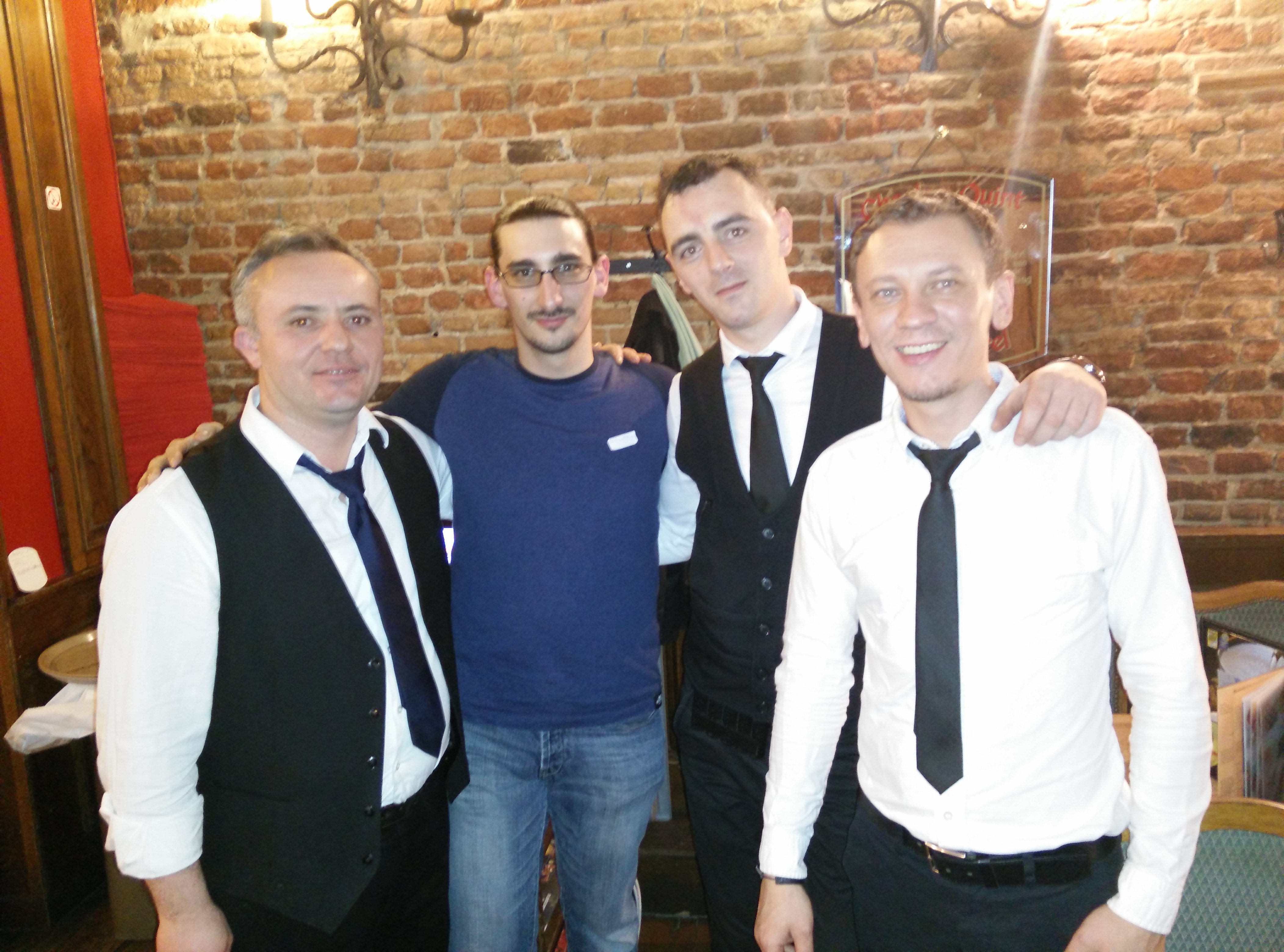 So, after a long first day at FOSDEM it’s time to regroup and see the progress I’ve made for the first day. Hmm… Not bad: 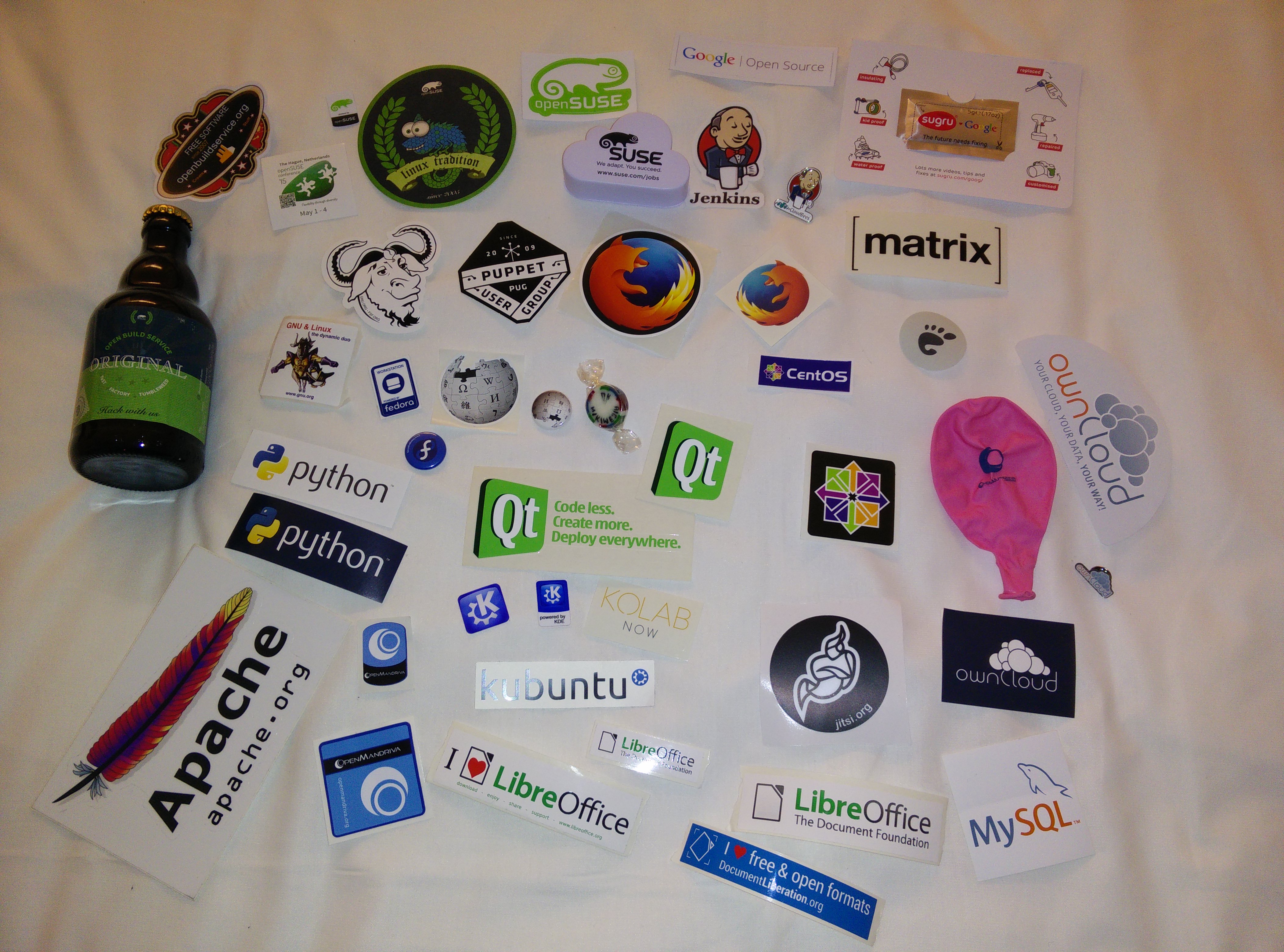 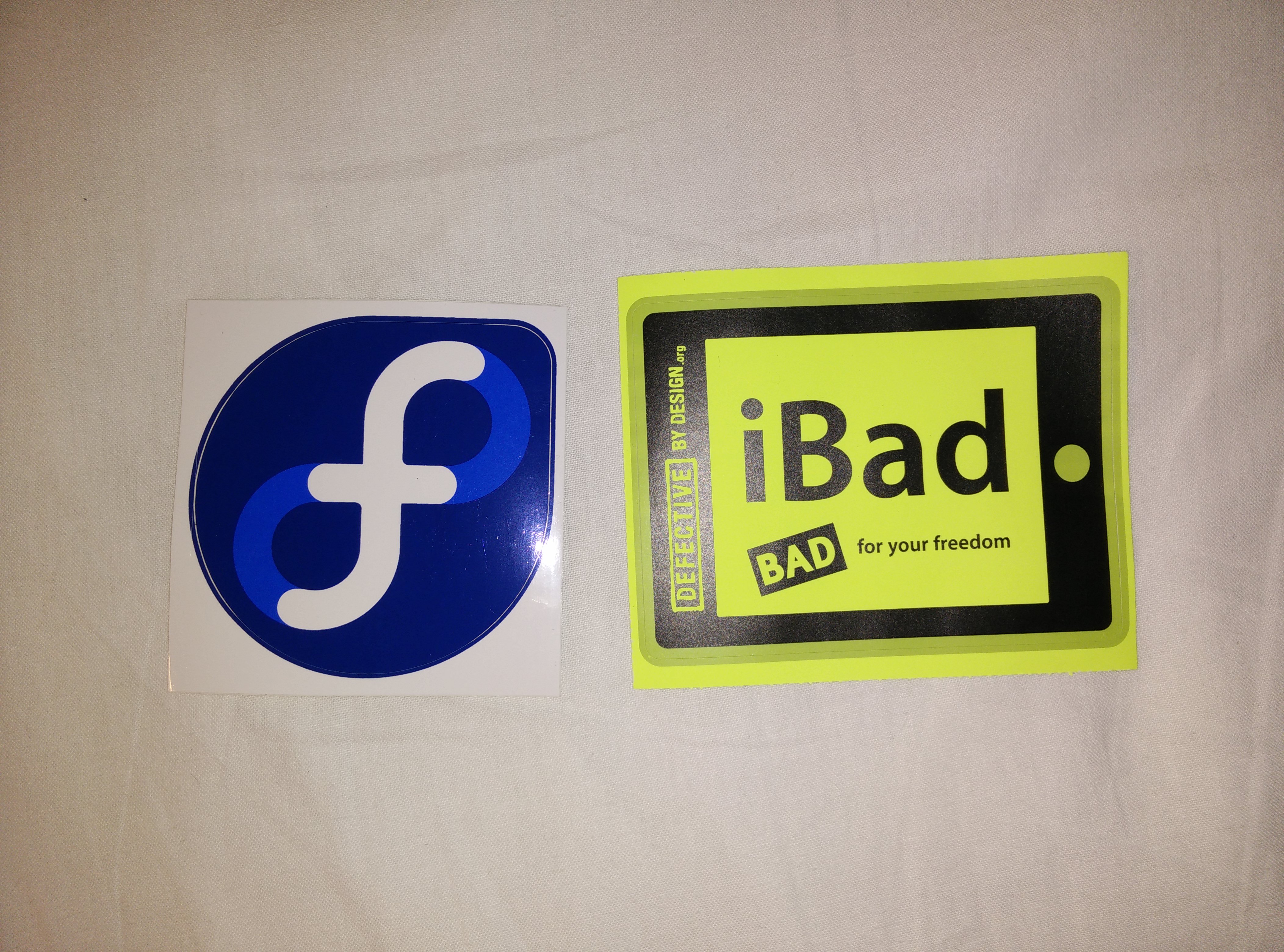 I also got a LibreOffice T-shirt (finally) and the FOSDEM T-shirt. 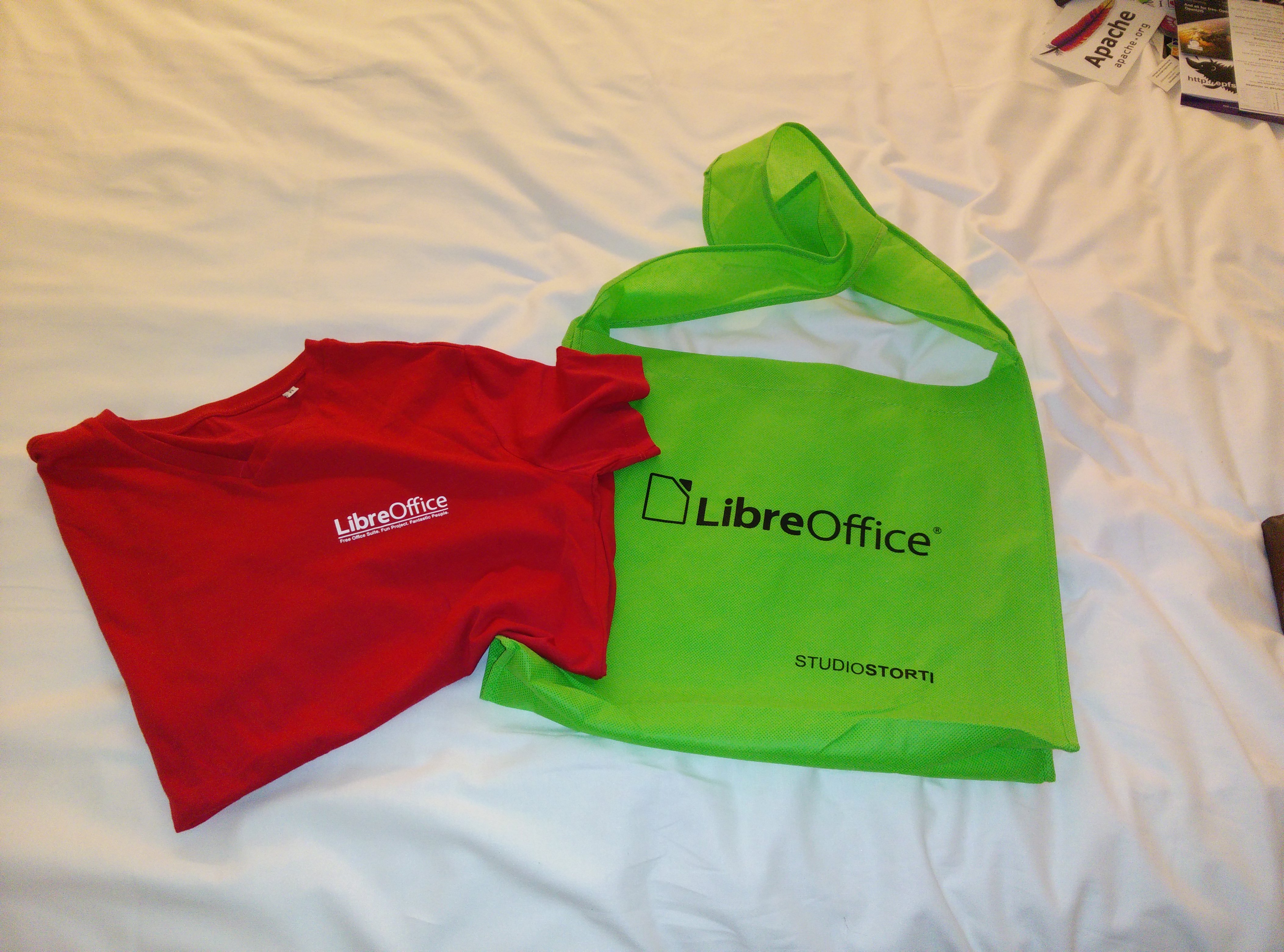 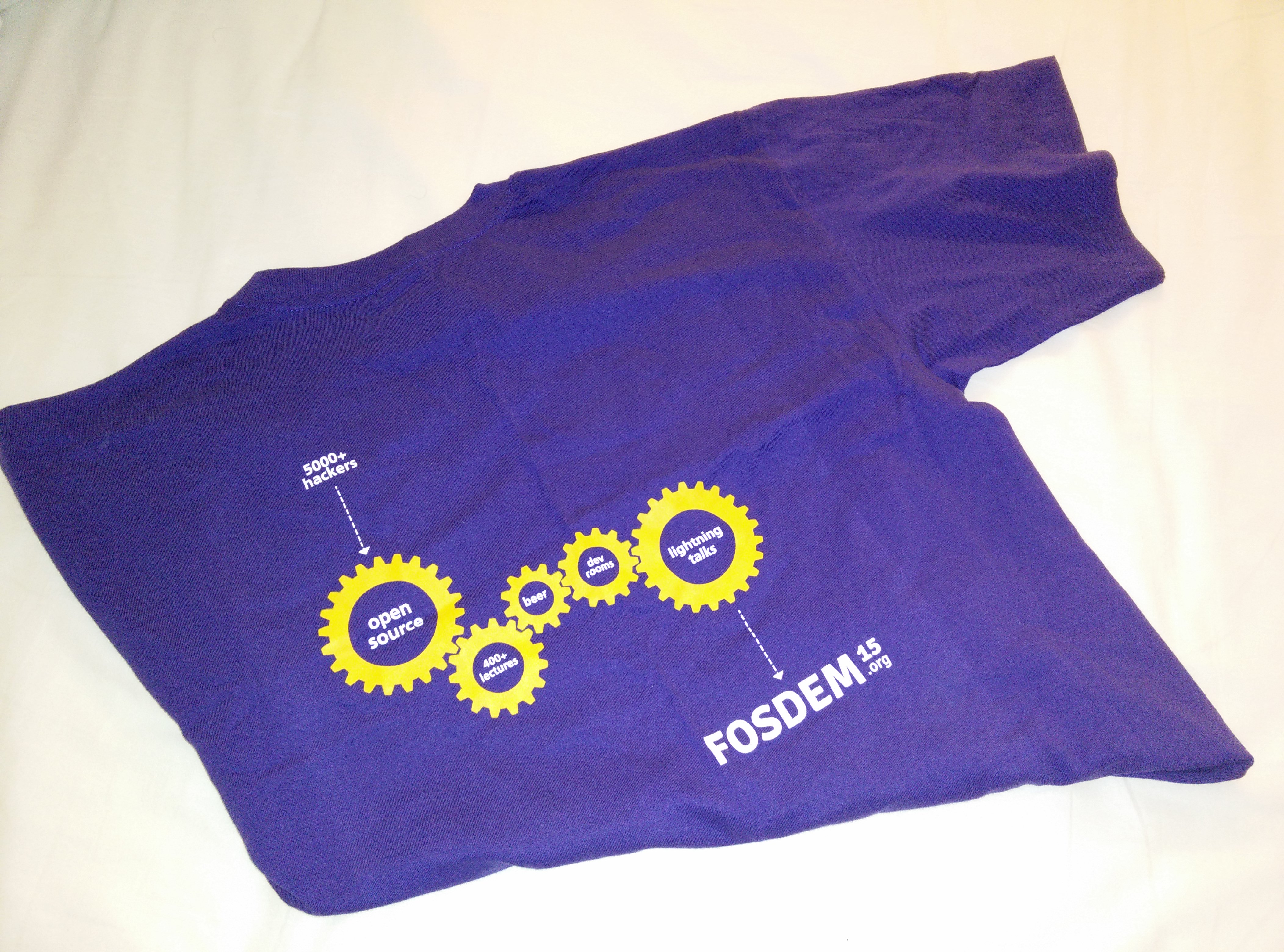 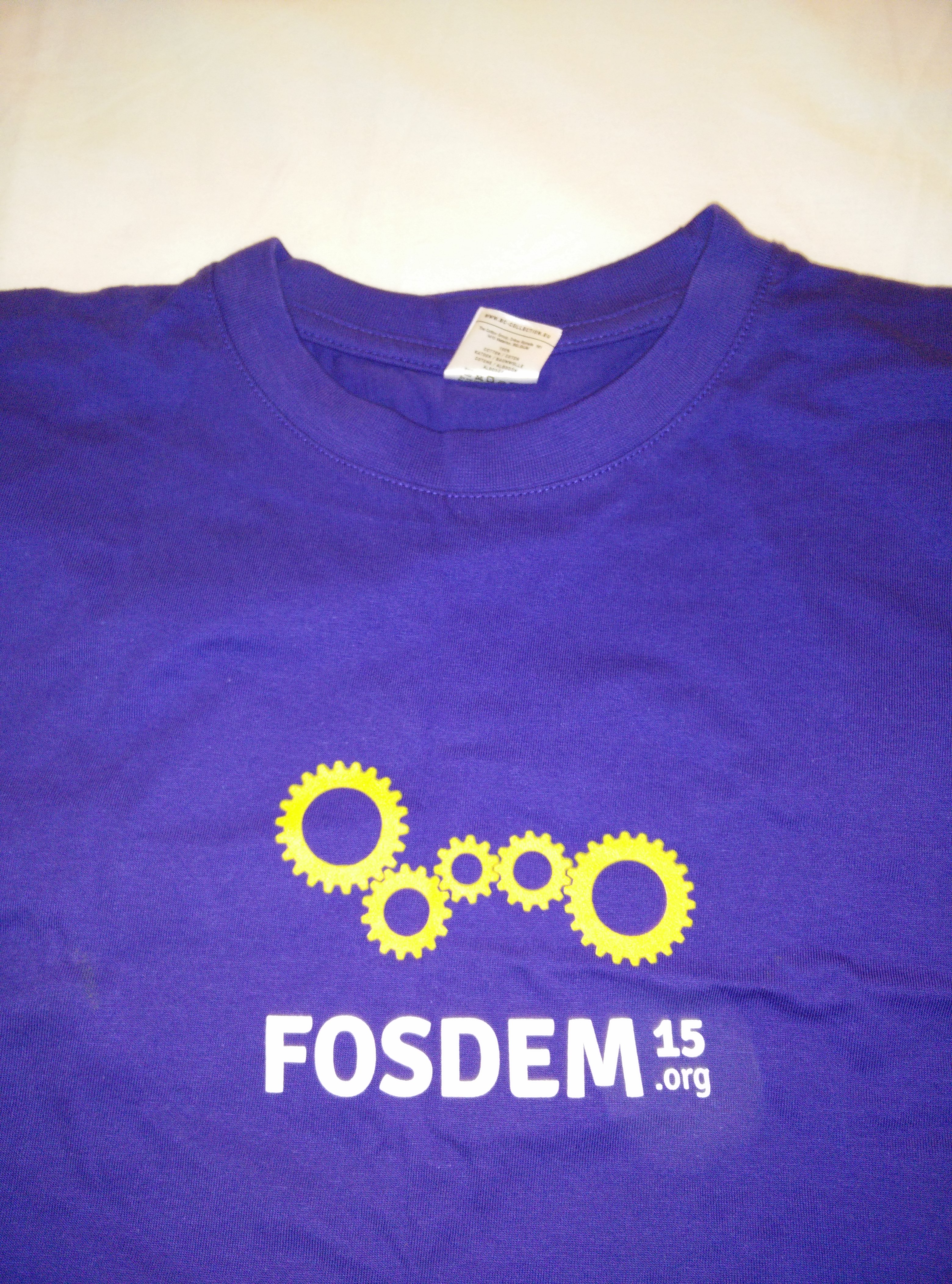 I also bought my wife a KDE India Dev. Meeting T-shirt, because she liked the design so much (from the booth she was selling at). 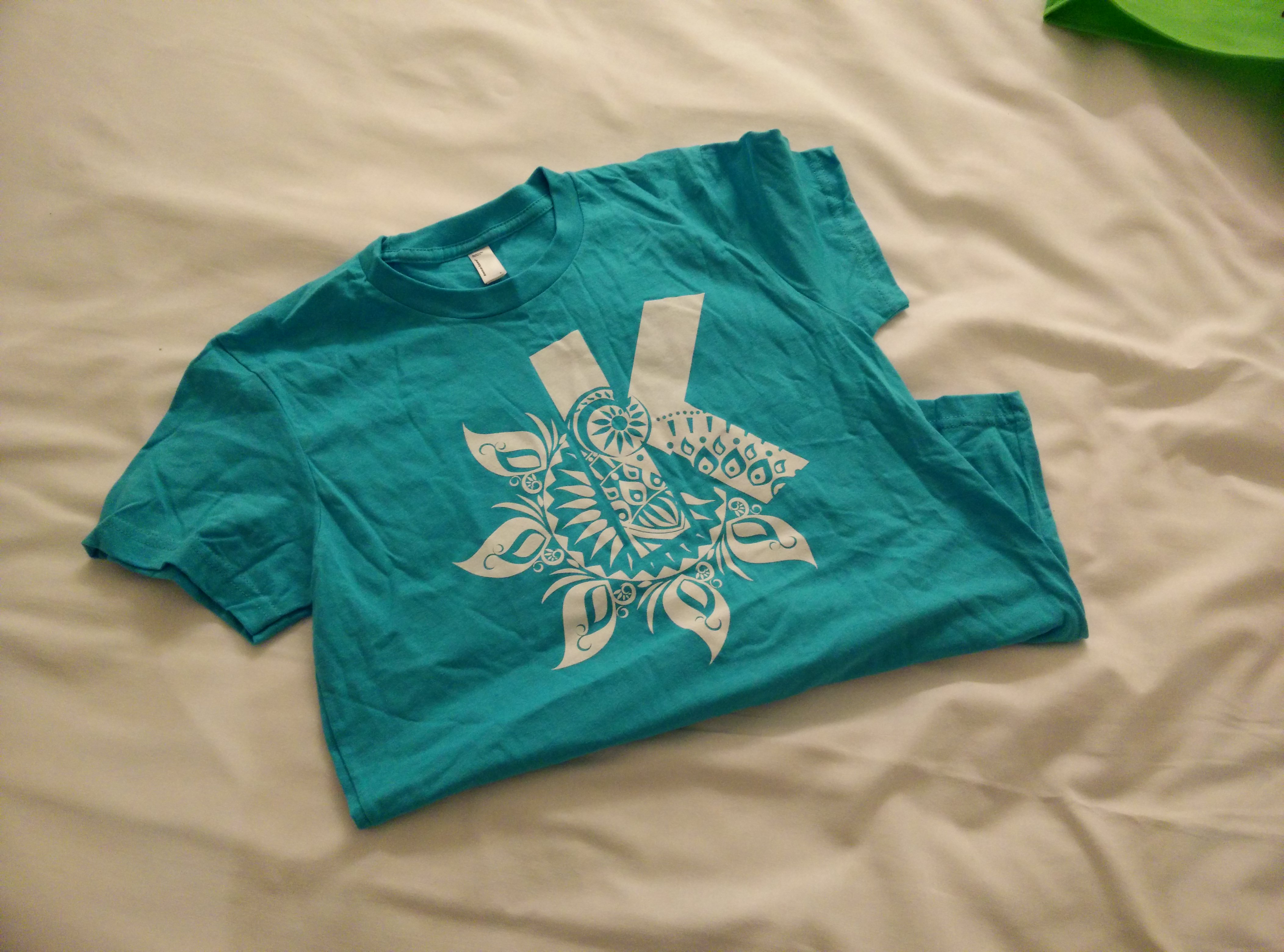 Oh, and I’ve found Waldo in my hotel restaurant: 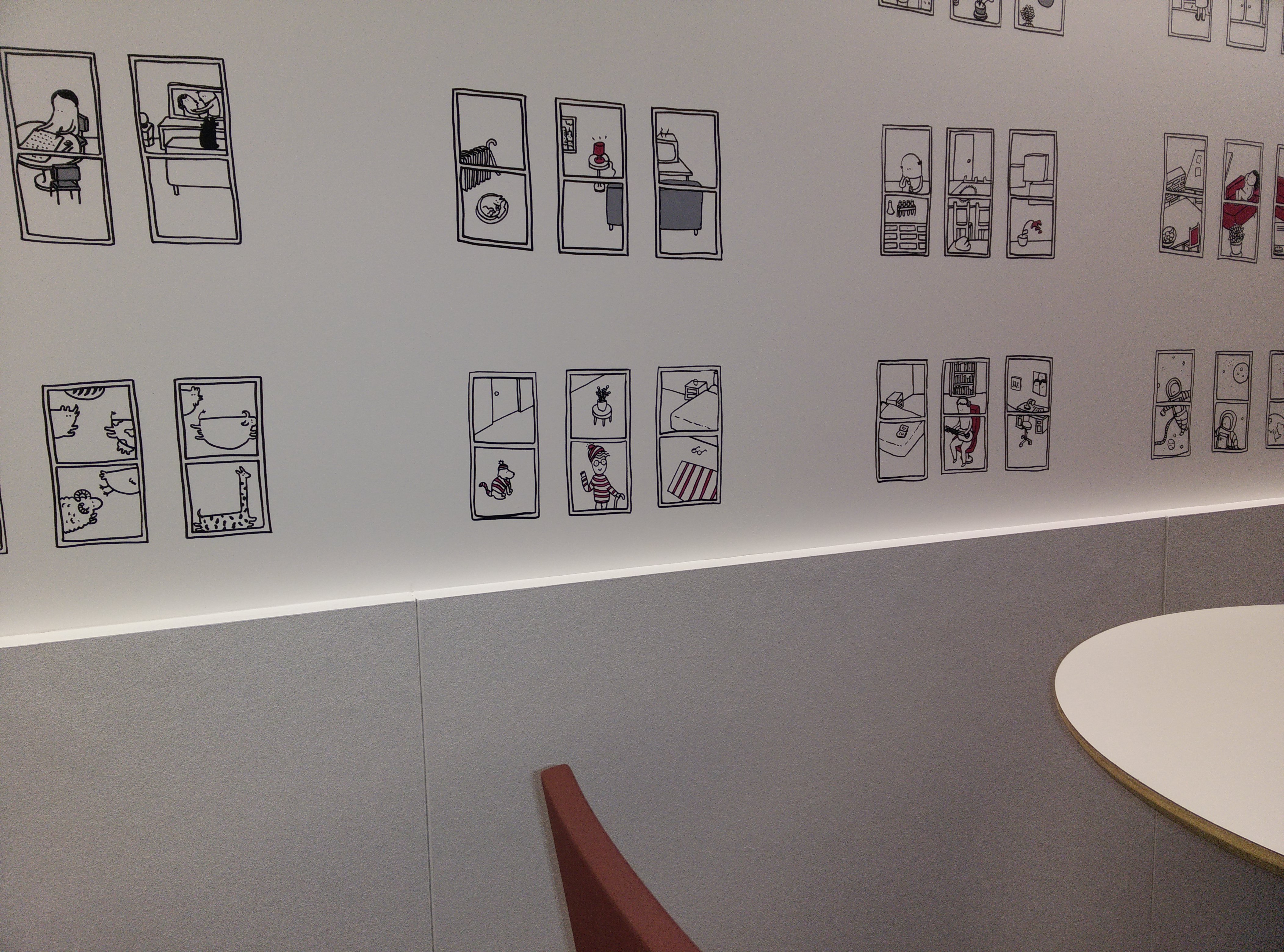 The second day I’ve attended a few more presentations, and at some of them I was acompanied by Kevin. 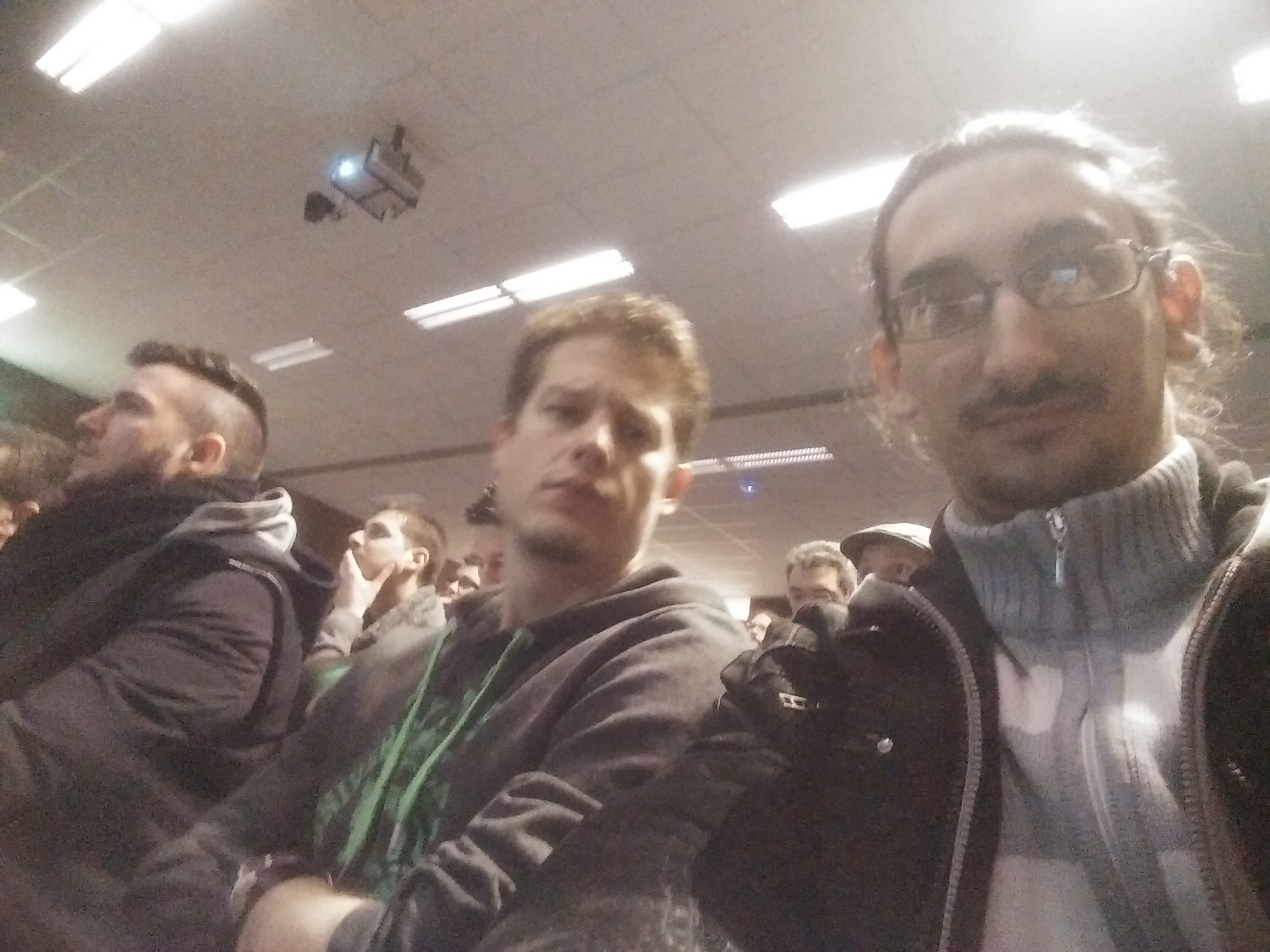 And as a closing talk, for us wonderfull geeks, we got some geeky candy: A talk about Mars One, with all the juicy (math and phisics) details about the project, and how the OpenSource way is the best way to go for this project. 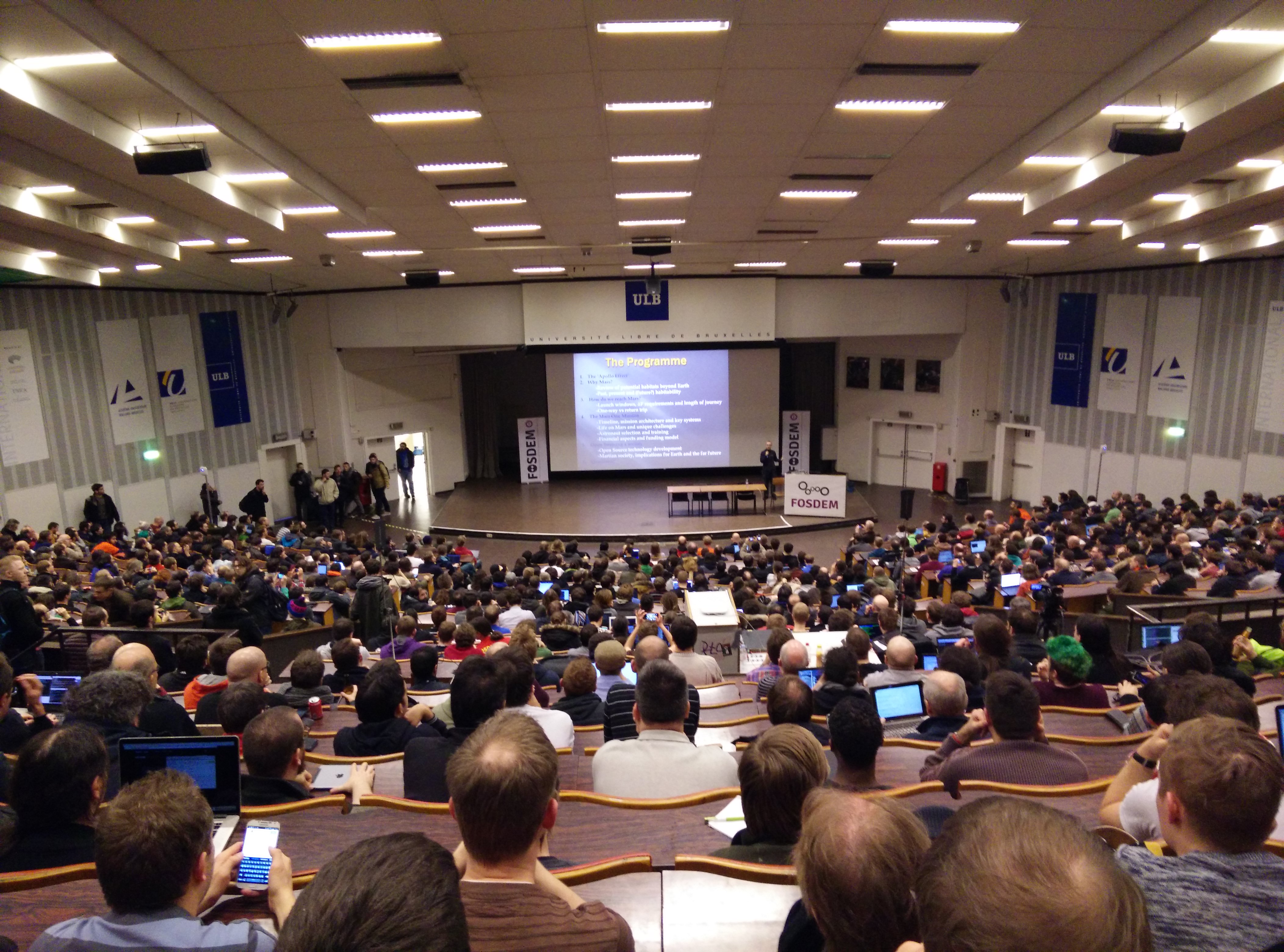 It almost sounds too good to be true. 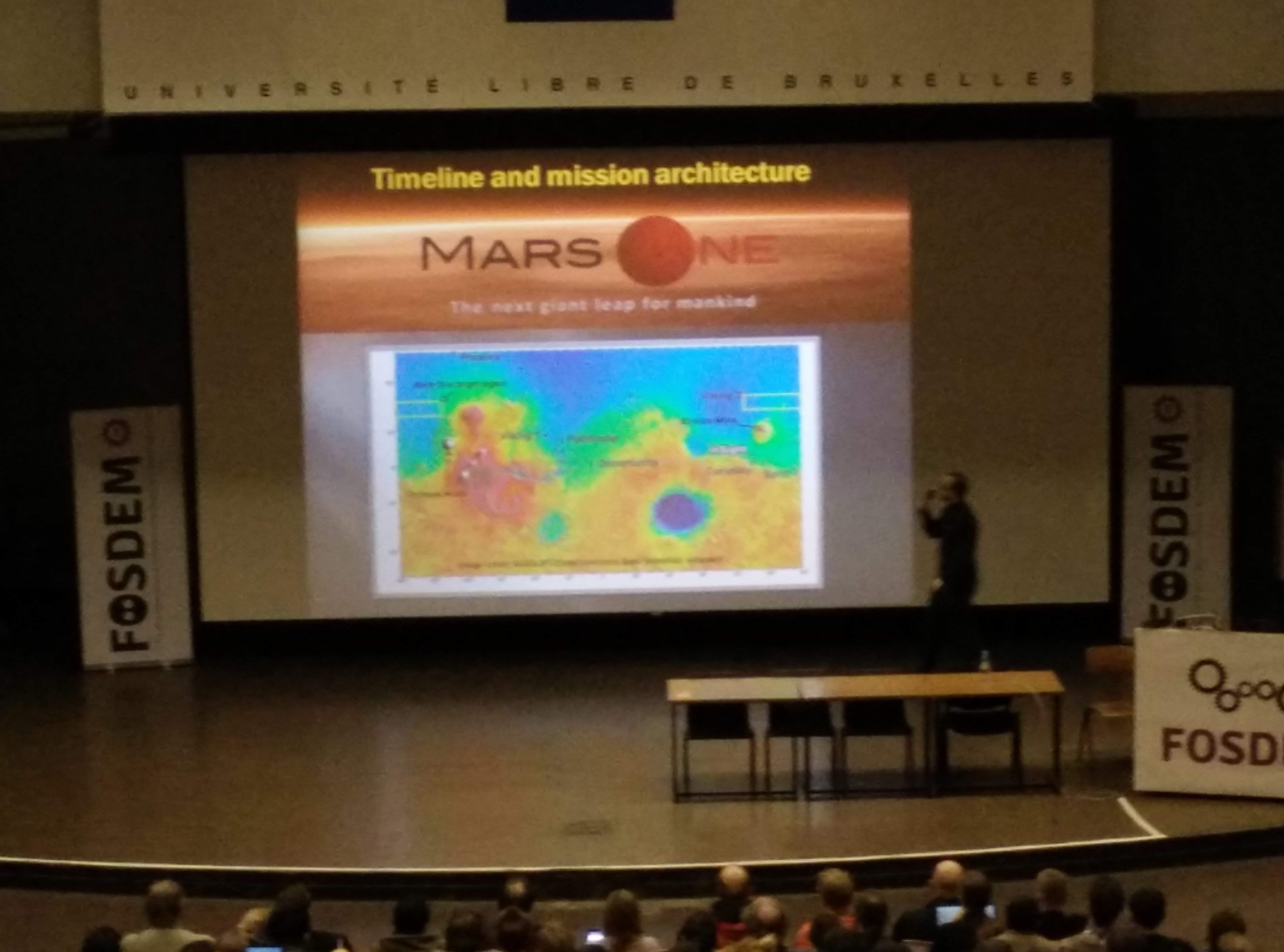 When all this was over, I couldn’t just go to Brussels and not visit Brussels. So I went for a trip (using public transport and the power of the foot) to see what this marvelous city is made of. But more of this in another post. 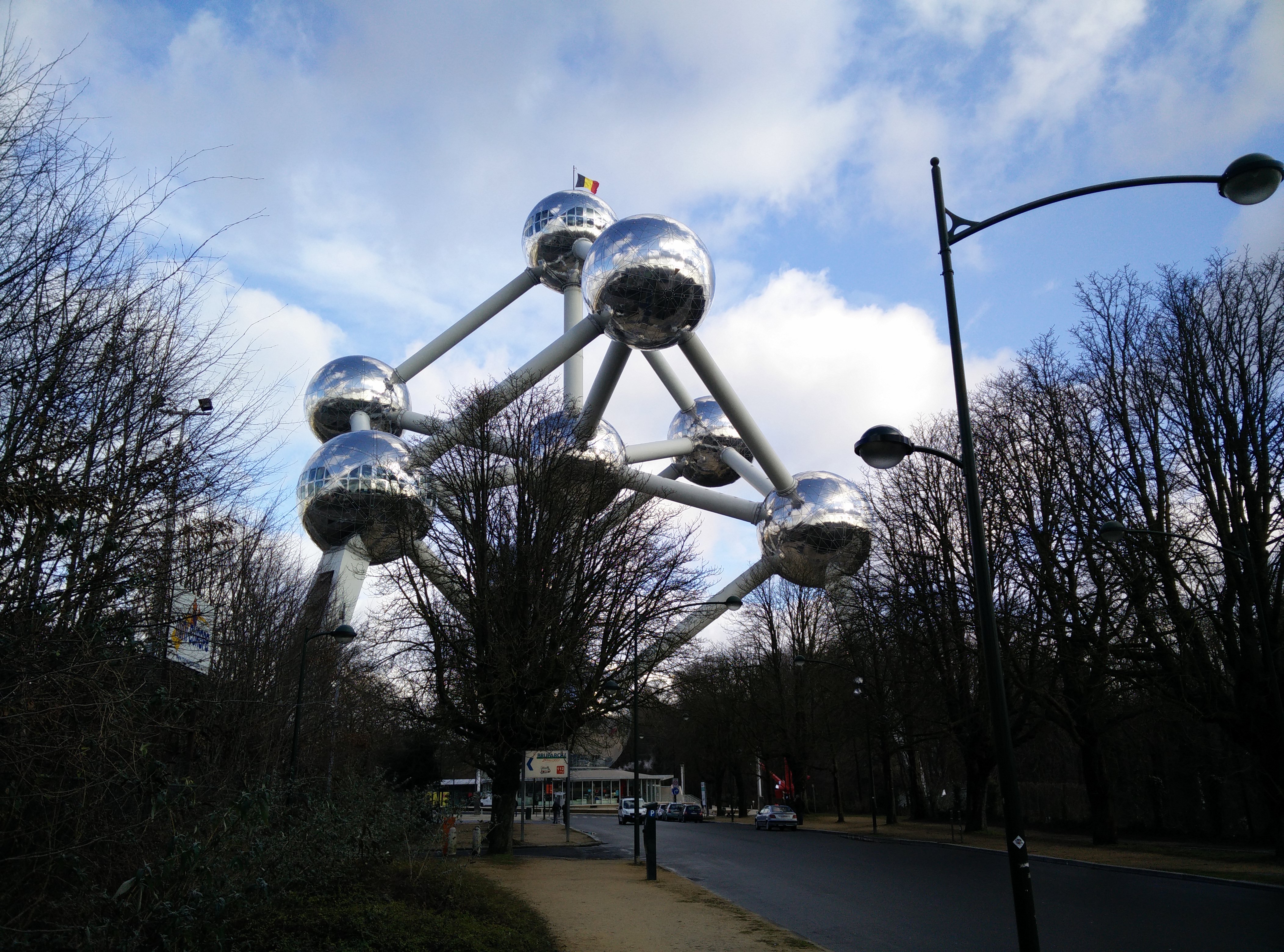 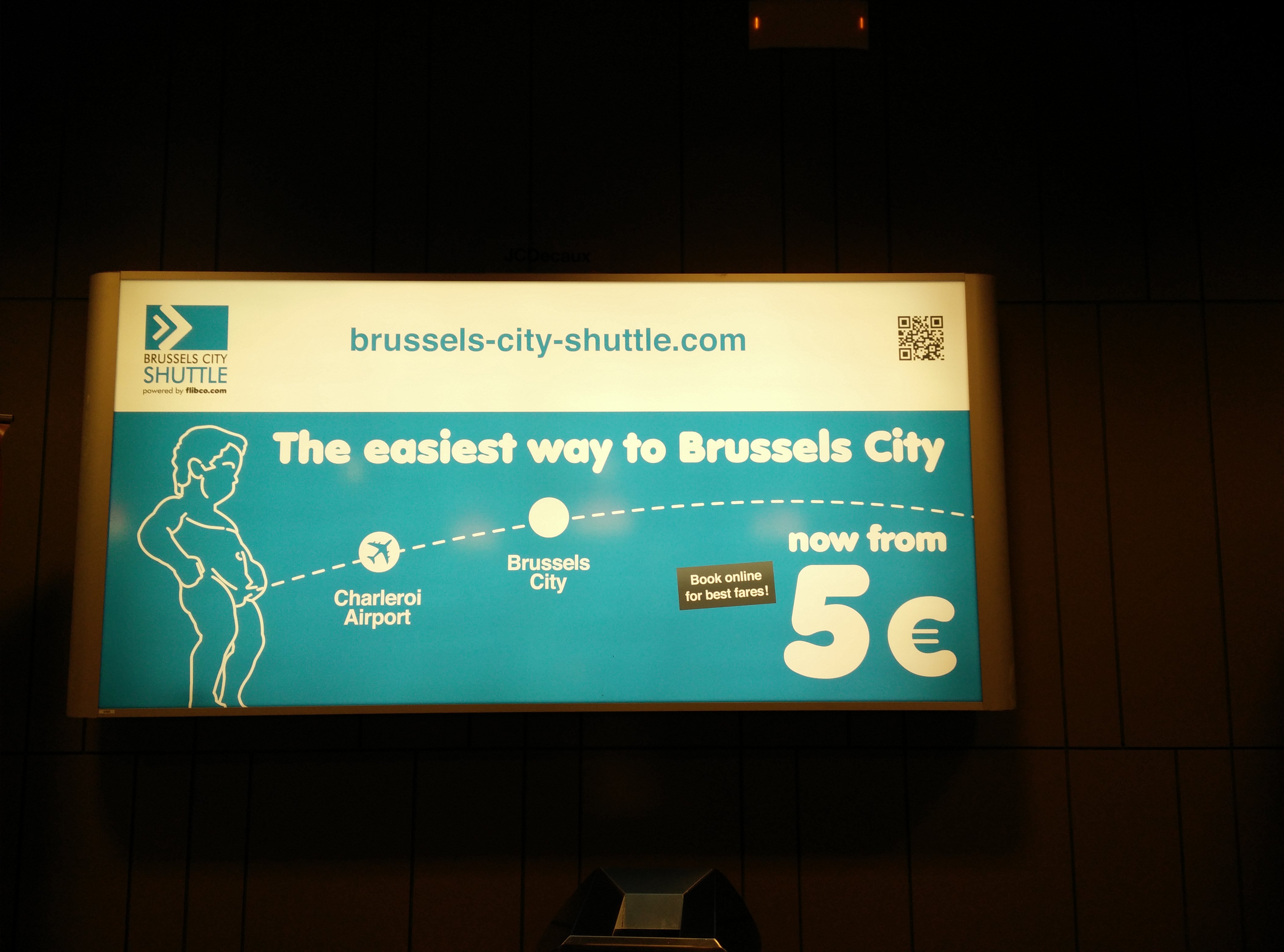